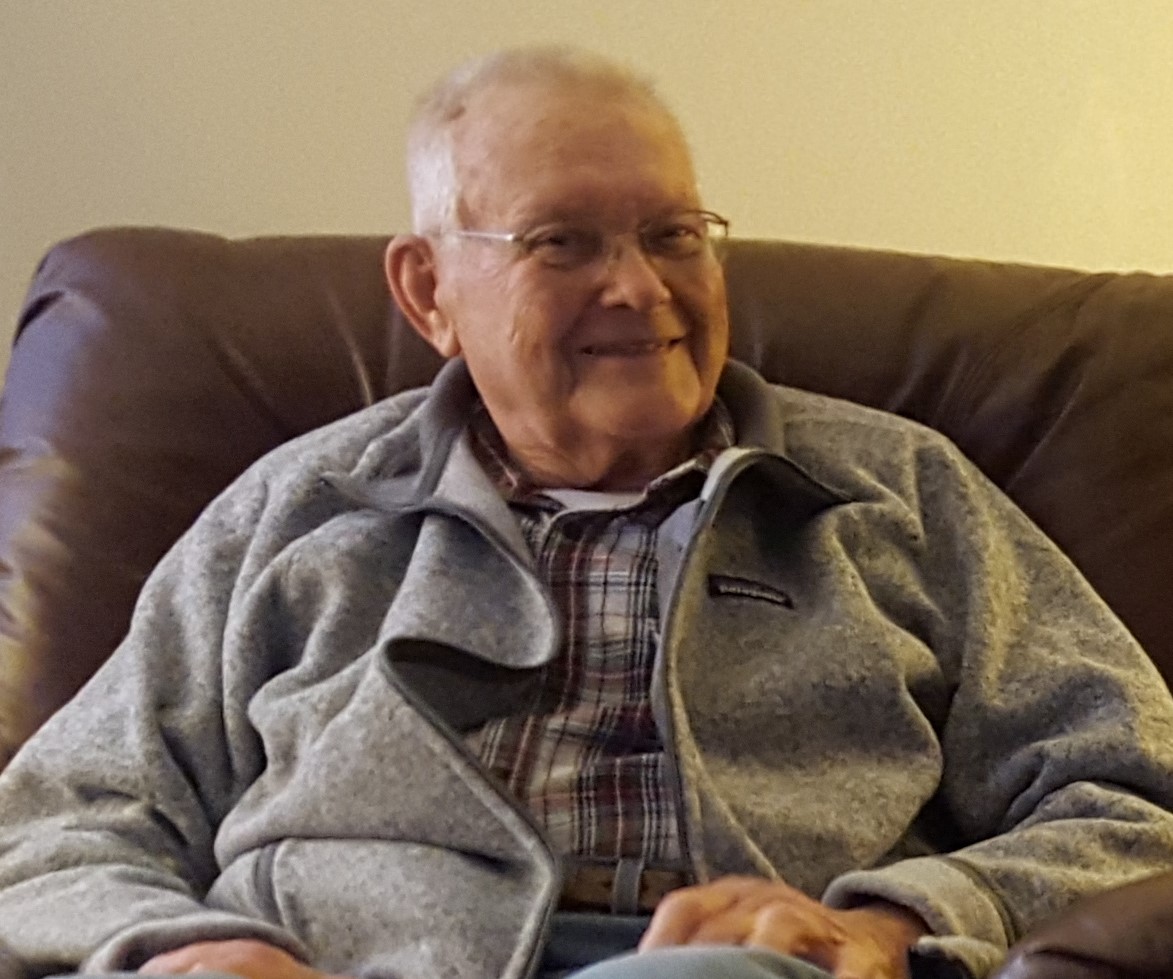 Known by his friends and family as “Paul”, he was born in Wake County, the son of the late Henry Herbert King and Emma Taylor King Olive. He was a member of Lowe’s Grove Baptist Church and the Young Men’s Sunday School Class.

He is predeceased by a sister Janet (Bettie) King Nordan. He is survived by his wife Mary Searls King, his daughter Pamela King Leonard and her husband David, a sister Bessie Olive Tippet and her husband Bennie, and many nieces and nephews.

Vernon attended Green Hope School.  He began working with the Southern Railway in 1945 in track maintenance and became a foreman for the railroad. In 1950 he began his service with the Army, as part of the 317th Quartermaster Reclamation and Maintenance Company, part of the Third Army.  During his service he was in Germany for a year as part of the Army of Occupation located in Baumholder.  He reached the rank of Sergeant (T) before leaving the service in November of 1952.

After leaving the Army he married Mary in May of 1953.  He returned to Southern Railroad and worked for the railroad until 1956 after which he began working for Quality Air Conditioning in Durham.  In September of 1972 he began working for Duke University Medical Center in Engineering and Operations as a master sheet metal mechanic. He retired from Duke in January of 1992.

Paul was well known for his expert mechanical and metal fabrication abilities.  If something was broken and you needed it repaired, you could count on his help to get it done right.  He was greatly supportive of Pamela and Dave, helping them renovate and improve several of their houses over the years. Later in life and into retirement, he became an accomplished woodworker, a hobby which he loved, almost as much as he loved making and eating homemade ice cream.

Due to the complications of the pandemic, the family has elected not to hold visitation or services at this time and will instead honor and celebrate Paul’s life at a later date. In lieu of flowers, the family asks that donations be made to Lowe’s Grove Baptist Church Durham, NC, the Alzheimer’s Association, or the charity of your choice.

To order memorial trees or send flowers to the family in memory of Vernon Edward King, please visit our flower store.