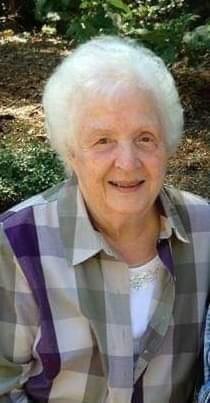 Mrs. Chamberlain was born June 5, 1935, to the late Clifton Fowler, Sr. and Thelma Porter Fowler in Durham, NC. Shirley worked as an Administrator with Central Carolina Bank & Trust Company, she was a member of Living Waters Christian Community and was known for her love of Jesus and family.

In addition to her parents, she is preceded in death by her daughter, Sharon Chamberlain; granddaughter, Kacie; brothers, Bill, Bennie, and Clifton, Jr.; and sisters, Patricia and Irene.

The family will be having a private graveside service.

To order memorial trees or send flowers to the family in memory of Shirley Fowler Chamberlain, please visit our flower store.