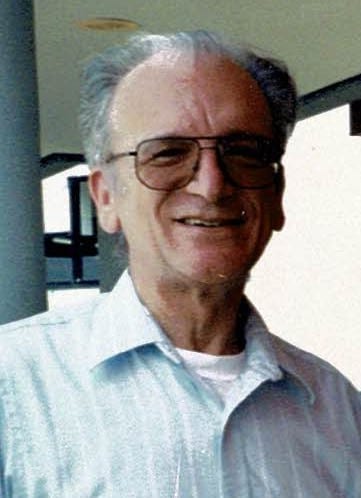 DURHAM- Salomon “Sol” “Soli” Felix Seroussi was born February 28, 1936, the youngest of seven children to Dora and Elias Seroussi in Montevideo, Uruguay. Sol had a great sense of humor and loved playing soccer. He graduated from Crandon Institute in Montevideo where he had many friends. He ventured on his own by cargo ship to the U.S. to attend MIT, where he graduated with a bachelor’s degree in Economics and Political Science and a master’s degree in Meteorology. Sol wrote the first computer program to predict the weather on television while working for the US Weather Bureau. He was a computer system engineer for IBM for many years. He and his wife Selma lived in many countries during their loving 57-year marriage including Israel, Italy, and England.
Sol was predeceased by his brothers Mauricio, Roberto, Maximo, Rafael “Fifo”, and Louis. He will be fondly missed by his wife Selma Leah Seroussi, sister Gisella Roitman, children Michael Seroussi and his wife Vicki Seroussi, Doreen Stein-Seroussi and her husband Al Stein-Seroussi, and grandchildren Jillian Stein-Seroussi, Garrett Stein-Seroussi and his wife Molly Stein-Seroussi, Max Stein-Seroussi, Alysha Seroussi, Benjamin Seroussi, Rafael “Rafi” Seroussi, Aaron Seroussi, Jaden Seroussi, Danica French, Marlee French, Derek French, and Sarah Hensley. He will also be missed by his many nieces and nephews throughout the world.
A graveside service will be held at 2:00 p.m. Thursday, October 24, 2019 at Kehillah Cemetery at Markham Memorial Gardens, 4826 Trenton Rd, Chapel Hill, NC 27517.

To order memorial trees or send flowers to the family in memory of Salomon Felix Seroussi, please visit our flower store.