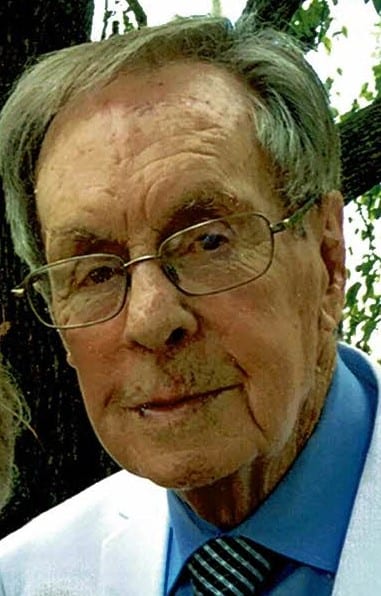 DURHAM- Mr. Robert “Bobby” James Lawrence, 85, passed away Thursday, November 21, 2019.
Mr. Lawrence was born January 30, 1934 to the late Hugh and Margaret Lawrence in Durham, NC. Bobby throughout his entire adult life and even after retirement was an insurance agent. Early in his career he worked as a Fireman for the Durham Fire Department for several years. Following that he became a Mail Carrier for the United States Postal Service, where he retired after 18 years of dedicated service.
Mr. Lawrence was a longtime member of both Angier Avenue Baptist Church and Ridgecrest Baptist Church and was a member of the Willing Workers Sunday School Class. Bobby was a Golden Glove Boxer and is a member of the North Carolina and South Carolina Boxing Hall of Fame. He was an honest, loving and giving man. Mr. Lawrence will be remembered as a loving and devoted son, husband, father, grandfather, brother and uncle.
Mr. Lawrence is preceded in death by his wife, Betty Lawrence; parents, Hugh and Margaret Lawrence; daughter, Sheila Lawrence; brother, Freddie Lawrence.
Mr. Lawrence is survived by his son, Jeffrey Scott Lawrence (Carolyn); daughter, Suzanne Shields (Eric); brother, Frank Lawrence (Marie); grandchildren, Kaitlan Lawrence, Skyler Shields and Paige Shields as well as several nieces and nephews whom he loved and adored.
A Memorial Service will be held at 7:00 P.M. on Monday, November 25, 2019 at Hudson Funeral Home, 211 S. Miami Blvd., Durham, NC 27703. The family will receive friends 1 hour prior to the service from 6:00 P.M. to 7:00 P.M. Officiating will be Dr. Marc Francis and Rodney Hicks.
In lieu of flowers, memorial contributions can be directed to Ridgecrest Baptist Church, 1104 Milton Road, Durham, NC 27712.

To order memorial trees or send flowers to the family in memory of Robert “ Bobby” James Lawrence, please visit our flower store.