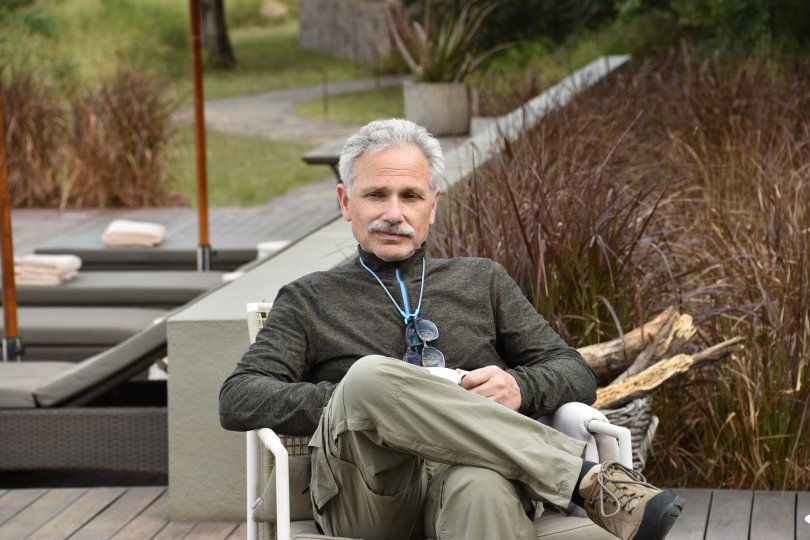 Chapel Hill, NC – Richard “Rick” Rosenberg passed away peacefully on April 16, 2021 after a six year battle with cancer. Although his death was not a surprise, his family and friends are devastated and heartbroken. Rick was born and raised in Roanoke, VA, graduated college from UNC-Chapel Hill in 1976, and returned to Roanoke to work with his father in the family business, Oak Hall Cap and Gown. He met the love of his life, Rebecca, in 1978, and they married at Beth Israel Synagogue on October 16, 1982.

After 14 years, he left Virginia for New Hampshire to earn his Master of Business Administration at the Tuck School of Business at Dartmouth College in 1993. Following graduation, Rick became the president and owner of TMT Software until its sale in 2007. He used his early retirement to make a number of investments, which included PCS Concrete and SOUTH, a gift and interior design shop founded by his wife, Rebecca, in Chapel Hill.

Rick was a connector and a role model; many called him a second father and he sought to turn every friend and acquaintance into a member of the family. A diehard Tar Heel fan, he spent most weekends walking to campus and watching a UNC game or two in a Carolina cap and a Tuck sweatshirt. He loved a freshly baked oatmeal raisin cookie, his complicated Starbucks order, a complete Sudoku, an elaborate salad, and a finely groomed blue ski run.

Beyond his business endeavors, he was a friend, mentor, and leader in his communities. He served on numerous boards related to education and Jewish life that included: board chair of the Hill Learning Center and recipient of its 2021 Charles S. Atwater Star Volunteer Award; board chair of the NC Hillel; an appointment by Governor Roy Cooper to the NC Holocaust Council; and a member of the Board of Directors and inaugural member of the Board of Governors at the Malcolm Rosenberg Hillel Center at Virginia Tech. Whether formally or informally, he generously shared his expertise, insight, and kindness.

To order memorial trees or send flowers to the family in memory of Richard Charles “Rick” Rosenberg, please visit our flower store.