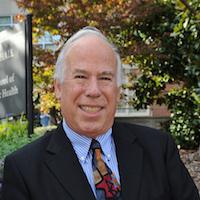 Philip Charles Singer Ph.D, of Chapel Hill, NC succumbed to mesothelioma at age 77 at the Hock Family Pavilion surrounded by his loving family on February 17th, 2020.

A native of Brooklyn, NY, Phil earned a B.C.E. from The Cooper Union, an M.S. from Northwestern, and a Ph.D from Harvard. Phil was Professor Emeritus of Environmental Sciences and Engineering at UNC’s Gillings School of Global Public Health, where he held the Dan Okun Distinguished Professorship in Environmental Engineering.   Upon his retirement in 2011, he was honored with his own endowed professorship, recognizing his extraordinary career in research, teaching and service. An internationally-renowned expert in water chemistry and drinking water treatment, Phil was a member of the National Academy of Engineering and received many honors during his career.  He edited two books and authored more than 240 scientific articles, served as investigator on over 70 grants funded by the Environmental Protection Agency and Centers for Disease Control and Prevention, and was asked to advise on the water supply crisis in Flint, Michigan. In 2006 Phil received the Athalie Richardson Irvine Clarke prize for excellence in water research, the highest honor in his field.  Although he made critical contributions to the field of drinking-water quality and treatment, what Phil valued most was teaching and serving as a career-shaping mentor and role model to hundreds of students during his 42-year career, many of whom have gone on to become influential researchers and scholars themselves.

Phil was a pillar of his community.  A long-standing member of Beth El Synagogue in Durham and the Kehillah Synagogue in Chapel Hill, Phil also served on the board of the Jewish Federation of Durham-Chapel Hill and was President from 2015-2017. Philanthropy and community service were very important to Phil and Ellen, and together they were honored with the Sara and Mutt Evans Leadership Award by the Jewish Federation in 2012.  Throughout his life, Phil loved athletics; sprinting to Ebbets Field after the school bell rang turned into a spot on the Midwood High School track team. Phil was fanatically devoted to Tarheel basketball, and never gave up hope for the Dodgers’ eventual return to Brooklyn. Phil’s love of travel led him to teach, vacation, and occasionally fish on six continents.

Phil will be long remembered for his warmth, quick wit, enthusiasm, love of performing, and complete devotion to his family.  When a gathering called for a song parody to be written and sung, Phil never shied from duty. When a child or grandchild was accepted to a university, he was the first to buy that school’s t-shirt.  He and Ellen rarely missed an opportunity to attend celebrations and milestones for friends and extended family across the country. Phil had the rare gift of making people feel uniquely appreciated and special, and he will be missed by all who were fortunate enough to know him.

Funeral services will be held at 10:00 AM on Wednesday, February 19, 2020 at Beth El Synagogue,1004 Watts Street, Durham, 27701, followed by burial at the Durham Hebrew Cemetery.  In lieu of flowers, donations may be made to Beth El Synagogue Playground Project or the Durham-Chapel Hill Federation Community Leadership Institute, or any charity of choice.

To order memorial trees or send flowers to the family in memory of Philip Charles Singer, please visit our flower store.