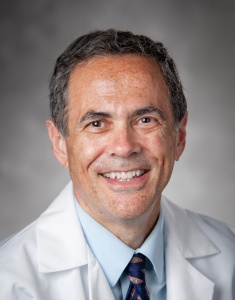 Dr. Spector was born June 30, 1956 to the late Sydney (Syd) and Bettie Spector in Philadelphia, PA. Syd was an internationally renowned research pharmacologist who eventually became one of Neil’s greatest collaborators.

Dr. Spector is preceded in death by his parents and angelic stillborn daughter, Ilana, whom he has now joined in the great beyond.

Neil was an extraordinary human being across the many facets of his life. He was a dedicated mentor, brilliant scientist, highly respected oncologist, author, and passionate patient advocate. He was a leader in two disease areas: oncology, where he led two molecularly targeted cancer treatments for resistant disease to FDA approval, and Lyme Disease, where his work into its causes broke new ground in understanding a disease that ultimately led to his requiring a heart transplant in July, 2009.

But most of all he was a loving husband, father, brother, brother-in-law, son-in-law, uncle, cousin, and friend to many. He was always gracious with his time and never hesitated to provide support and guidance to those suffering from illness, as well as to those seeking his advice for professional purposes. What brought him the most joy was spending time with family and friends and taking long nature walks with Denise and their fur baby, Turbo.  He was an avid runner and sportsman, which entailed both playing and watching sports. Most notably, he loved playing soccer and tennis with his daughter through the years. Coaching his daughter’s YMCA soccer team, despite his ailing heart, brought him great pride.

Mere words could never fully express how truly remarkable Neil was. His professional life was marked with many accomplishments that have had far reaching effects through their benefits to patients and their families, as well as to those whom he mentored and guided on their paths to professional careers in medicine and/or medical research.

While Neil may not have worn a cape, many would say that he was a “superhero” and some called him a “saint”. In fact, someone very dear to Neil once told him that he felt Neil was one of the Lamed-Vav Tziddikum; one of the “36 hidden righteous ones” on earth in any given generation. In mystical Judaism, it is thought that these 36 righteous people are anonymous and they are unaware that they are one of the 36. These individuals are exemplars of humility and compassion. Their purpose in life is to help teach us the true meaning of humanity and that we must recognize that everyone matters as we are all part of the whole on this beautiful planet, we call Mother Earth. While it will forever remain a mystery as to whether Neil was one of the “hidden righteous ones”, all who knew him would agree that he was a humble man of high moral character who shared his gentle kindness and compassion to all. He exemplified all that is good about humankind. May his light continue to shine upon us all and remind us of the importance to care for and protect one another.

Neil’s courageous tale of living through undetected and misdiagnosed Lyme Disease for years, which ultimately led to heart failure and the need for a new heart, are chronicled in his book, Gone in a Heartbeat: A Physician’s Journey to True Healing (2015). We will forever be indebted to the selfless decision his donor and her family made, giving the gift of life, which enabled him to live fully for almost 11 years.

A celebration of a life well-lived will be held at a later date closer to the time of what would have been Neil’s 11th anniversary of his heart transplant.

The family asks that in lieu of flowers, memorial contributions can be directed to Donate Life, https://www.classy.org/give/208615/#!/donation/checkout, and/or to the Bay Area Lyme Foundation, https://www.bayarealyme.org/blog/story/neil-spector/

“Be the light in the darkness to inspire and enlighten others.”

To order memorial trees or send flowers to the family in memory of Dr. Neil Lee Spector, please visit our flower store.