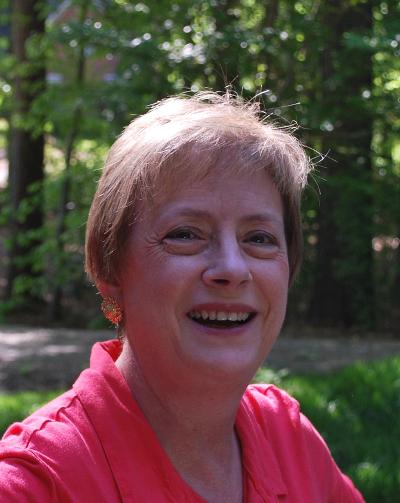 DURHAM- Nancy Helen Blankenship Hillsman, 1959-2021, was born and raised in Martinsville, Virginia.  After graduating from Laurel Park High School in Martinsville in 1977, she attended King College (now King University) in Bristol, Tennessee, where she met her future husband Philip.  They both often spoke of how much they enjoyed their time there, making lasting friendships.  They graduated in 1981; she received her degree in English. She had many fond memories of her English professors, especially the much beloved Dr. Winship. In fact, she once named one of her cats “Winship”.  After graduation she moved to Knoxville with a friend and worked at a company called Screen Art for two years, her first full time job.

Nancy and Phil were married June 1982 in Martinsville, and moved to Memphis, Tennessee, in 1983 where Phil attended medical school for four years. During this time Nancy worked at the University of Tennessee Center for Health Sciences in the development office. She also had an independent gig typing lecture notes for the medical students. These notes were distributed to the entire class after each lecture. She was often amazed at what bad spellers the med students were.  She was passionate about proper English spelling and writing style.

Phil and Nancy moved to Durham in 1986 so Phil could complete his psychiatric residency at Duke University Medical Center. Nancy worked for Duke University as well, in Duke Development, before becoming pregnant with her first child. She then took some time off to raise her family. Their son David was born in 1990, and five years later they had their second child, Amy.

Nancy returned to Duke Development in 2003 in the Corporate and Foundation Relations office and continued to work at Duke until her retirement as Assistant Director of Research and Stewardship in Foundation Relations in 2020. Late in her career she chose to return to school and earned her Master of Library Sciences from North Carolina Central University in 2014. She was very proud of this, having completed her degree while also working full time. She very much enjoyed her career at Duke and often spoke warmly of the team she worked with.

She was a founding member of the congregation of Peace Covenant Church of the Brethren in Durham, and provided many years of service to the church, most recently as treasurer.

As a result of moving to Durham and working for Duke University, Nancy became a big fan of Duke athletics. She gloried in the wins and suffered in the losses. She really was a deep-dyed fan, and was thrilled to be able to get season tickets for men’s basketball, even if they were on the top row in Cameron Indoor Stadium.

Another great love was cooking. She enjoyed every facet of cooking: collecting recipes, reading cookbooks, watching cooking shows, and of course cooking itself. She became known as something of a cookie queen, having won the cookie competition at Duke Development twice.

In recent years she was able to visit Sunset Beach regularly, and it was a peaceful, restful place for her.

The family would like to thank the health care professionals and others who have helped Nancy over the past several years with her illnesses.

In lieu of flowers the family requests that donations be made to Peace Covenant Church of the Brethren, 601 East NC 54, Durham NC 27713.

To order memorial trees or send flowers to the family in memory of Nancy Blankenship Hillsman, please visit our flower store.