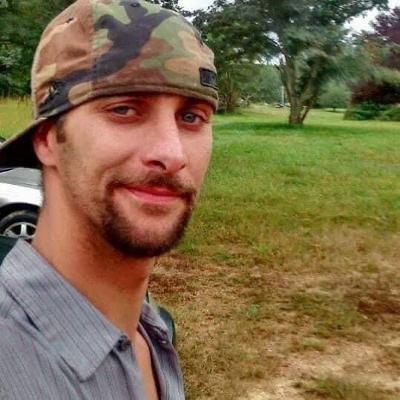 He worked alongside his dad and brother as a mechanic at Blue’s Shop.  Michael loved baseball and was a catcher when playing at Oak Grove ball park.  He loved watching his dad race at Orange County Speedway. He loved dirt bikes and four wheelers.  Michael’s love was his dogs, especially his best friend, Patches.  He was an avid UNC Tar Heel Fan and argued with his brother every time they played Duke.

Michael is survived by his father, Robert (Blue) Watson and his wife Sherri; his mother, Juanita Wadford; his brother, Robert Watson, Jr and his wife Rachel; his sister, Megan Cash and her husband Jonathan; his grandmother, Doris Autrey.  He loved his nieces, Khloe Watson, Saydie Watson, Addie Cash and nephews, Kaleb Sutton and Chad Shephard.  Michael also had his best friend, April Osborne, whom he met from middle school that he always cherished.

In lieu of flowers, memorial contribution can be directed to Vets to Vets United, Inc located at 2510 Glendale Ave, Durham NC 27704.   It is a nonprofit organization that trains dogs and they are given to our veterans.

To order memorial trees or send flowers to the family in memory of Michael Dwayne Watson, please visit our flower store.