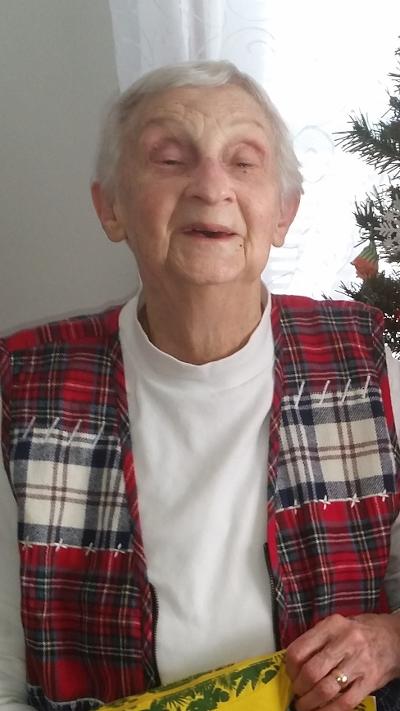 MORRISVILLE – Mary lanna Searls King passed away at her home on August 20th, 2021.

Mary was a native of Durham and the daughter of the late Walter Newton and Elsie Herndon Searls. She was a member of Lowe’s Grove Baptist Church and the Light Bearer’s Ruth Bible Class.

She is survived by her daughter Pamela King Leonard (David), along with numerous nieces and nephews whom she loved very much.

Educated in Durham County Schools, she graduated from Lowe’s Grove High School where she pitched for the woman’s softball team. She was active in the Nelson Community where she was known for her superior homemaking abilities, especially for her homemade pound cakes, chocolate pies, Brunswick Stew and peanut brittle. She was a lifelong Duke Blue Devil fan.

A graveside service will be held at 2 p.m. Monday, August 23rd, 2021 at Oak Grove Memorial Gardens for both Mary and Vernon, who passed away on February 28th of this year. Officiating will be Reverend Woody Freeze, Pastor of Lowes Grove Baptist Church.

In lieu of flowers, the family asks that memorials be made to Lowes Grove Baptist Church, Durham Rescue Mission or your charity of choice.

To order memorial trees or send flowers to the family in memory of Mary Searls King, please visit our flower store.