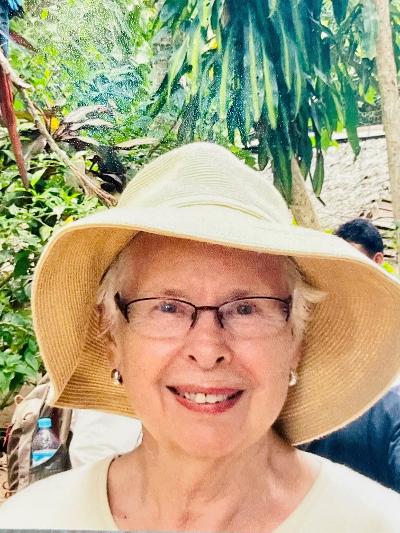 DURHAM- It is with deep sadness that the family of Linda Christine Earle Duncan (82), of Durham North Carolina, formerly of Southern Pines, announces her passing on August 5, 2021. A native of North Carolina, Linda was born to Dr. Jesse Burns and Helen Christine Pleasants Earle in April of 1939.

Linda grew up in Siler City. She was an avid sportswoman following ACC basketball, and was highly competitive in tennis. Everyone knew better than to show up for a game with Linda without first warming up, especially if playing doubles with her husband Mike, an invincible partner. Her friends knew never to call her when Duke was playing basketball, and if they were defeated, not to mention it for a week. She was also a keen crafter, her early years photography won multiple awards. In later life, she turned her hand to knitting and nearly everyone in the family has a sweater, hat or scarf handcrafted by Linda. She had a lifelong love of adventure, learning, and the outdoors. On an outing with Linda, she shared with you her knowledge of flora; there was never a species she could not identify and tell amusing stories. Her passions continue to live on in her children and grandchildren.

Linda earned a Bachelor of Science Degree in Biology and Education Science from Mary Baldwin College; a Master of Science in Botany from Duke University. She was a career educator teaching science, retiring from the Moore County School Systems, after teaching in several schools including Siler City, Durham City, Pinecrest Regional. She served as Principal at Union Pines and Pinckney Academy. She was a long-time member of Brownson Memorial Presbyterian Church in Southern Pines, NC.

In lieu of flowers, the family asks that donations be made in Linda’s name to Sandhills Horticulture Gardens (https://www.sandhills.edu/horticultural-gardens-giving/). A scholarship fund is being set up in her name as well. Please contact the family for details.

Services to be held at a later date.

To order memorial trees or send flowers to the family in memory of Linda Christine Earle Duncan, please visit our flower store.