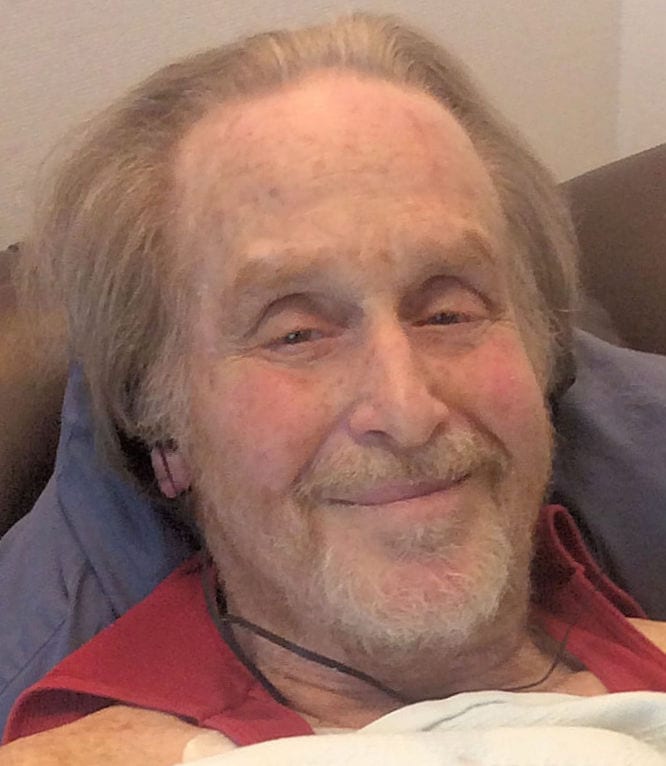 Larry Burke ( a.k.a. The Bear) grew up in Queens, New York. He attended Forest Hills High School, the University of Bridgeport, Connecticut, and received his M.B.A from Adelphi University, Long Island. He moved to Los Angeles, California in his late 20’s and worked in several jobs before settling at Xerox Corporation, where he spent most of his working years; first as an accountant, but later as a self-taught computer network engineer. He moved to Northern Virginia in the early 90’s where he met his wife, Janet, and worked for Electronic Data Systems for several years before retiring.

Larry loved animals but especially bears. He and Janet made five trips to Alaska to watch bears up close in Katmai National Park. He couldn’t have a pet bear, so he had a very large teddy bear collection. He also had a great love for dogs, was a grandparent to a neighbor’s brown Lab for 10 years, and during his final two years, he was thrilled to interact with wolves at a Colorado sanctuary and with dolphins in Florida

He loved the outdoors and was an avid boater, water and snow skier, kayaker and cyclist. Before meeting Janet, he visited many of the National Parks and after meeting her, they continued to travel every year to spend time in the Parks, Australia & New Zealand, Europe, and many summers on a lake in Nova Scotia.

Larry and Janet built a vacation home at Lake Gaston in NC in 1993, and in 2007, their dream retirement home on the same lake. Larry was very active in the Lake Gaston Computer Club for over a decade, serving as Program Director and President. He helped many people to become computer literate and gave a great deal of his time providing technical support to friends and neighbors.

He will be greatly missed by Janet, his niece Tobin and her family, his nephews, other family members, and many friends. He will be fondly remembered for his many wonderful qualities, but especially for his generous heart and humor, even in the midst of adversity.

SERVICE CHANGE: A memorial service will be held at a later date.

In lieu of flowers, memorial contributions can be directed to the World Wildlife Fund, 1250 Twenty-Fourth Street, N.W., P.O. Box 97180, Washington, DC 20090-7180 or online at https://support.worldwildlife.org/site/SPageServer?pagename=main_monthly.

To order memorial trees or send flowers to the family in memory of Larry Burke, please visit our flower store.

SERVICE TO BE HELD AT LATER DATE