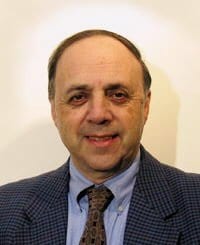 Mr. Berger was a professional dancer, theater person and educator most of his life.  Born in Brooklyn, NY accidentally because his mother, from Pittsburgh, was spending her last trimester that summer with her sister in Brooklyn! So, Labor Day and Larry both arrived, and they promptly returned to Pittsburgh, where Larry and his siblings were raised. In High School he played French Horn and attended summer music camps, but his heart was always in dance and theater. He studied jazz, tap, ballet, and did Summer Stock and various other performances in and around Pittsburgh. After High School he attended the Drama Department of Carnegie Mellon University (then Carnegie Tech), but dance called. He left Carnegie Mellon for Juilliard School of Music and Dance in NYC studying and dancing ballet and modern dance, obtaining various jobs in jazz and on Broadway. After graduating Juilliard, and marrying Dorita Berger, a concert pianist (they met at Carnegie Mellon and she also attended Juilliard), he taught and choreographed Dance at the University of Connecticut, returning later to Juilliard as Assistant Concert Manager. Ultimately, they moved to Cleveland Ohio where Larry developed the Dance Department at Cuyahoga Community College, created multi-media works and established the Multi-Media Theater with composer Donald Erb and visual artist Dan Hodermarsky. All this and two daughters later followed teaching in the Dance Department of UCLA for a year, after which a Professorial Fulbright came through for Larry to teach Jazz Dance in Vienna, Austria.  Returning to the States, he taught Dance History at Brooklyn College, became Arts Administrator for New York City’s Department of Cultural Affairs, and moved to Florida as Head of Dance at the University of South Florida in Tampa, FL. Eventually, a second Professorial Fulbright was achieved to teach American Dance History at Hebrew University in Jerusalem, Israel. In between Austria and Israel, there was also a short State Department teaching commitment in Columbia and Peru, South America. Having enough of teaching, Larry went back into Arts Administration, and ultimately became Executive Director of the Norwalk Symphony Orchestra, in Connecticut. With times a-changing, he moved from non-profit work to Real Estate in Connecticut, until he retired and relocated to Durham, NC to enjoy not working, except some teaching for Duke’s Life Long Learning program, Olli. Larry’s personality was friendly, humorous, and mostly joyful until various ill health issues, including the devastation of Parkinson’s, ultimately devoured his mind and body to the point where the world made no sense, and his motivation to continue living under such circumstances diminished his will to push on.  In the end one can say he may simply have given up, having little left to drive him further. He died quietly at home and will be greatly missed by his family and friends.

May his memory be for a blessing.

A private graveside service will be held at Durham Hebrew Cemetery.

To order memorial trees or send flowers to the family in memory of Lawrence David Berger, please visit our flower store.