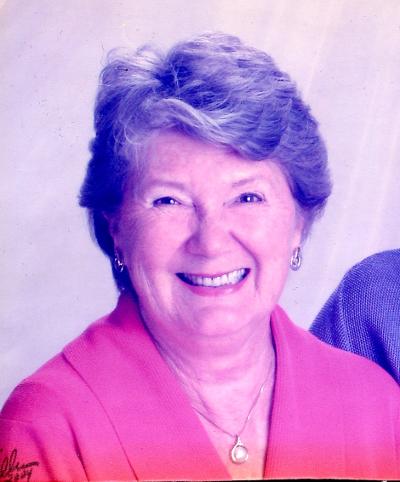 Kathleen was born on 2/20/35 in the town of Waddington in Lancashire, England, where she was raised by her parents, Margaret Coates and Harold Jackson. She had three siblings, Ian, Peter, and Joe Jackson (deceased).  She attended school in Waddington and Clitheroe and saw the end of WWII by the age of ten. She went on to study at a business school. Kathleen found work at ICI.  She met her future husband, Robin Dent at a dance. Four years later on 6/13/59 they were married in her hometown of Waddington. They immigrated to the United States in 1964 on the QEII, finding a home in Durham, NC, where she raised three children, Jackie McDowell (Todd McDowell of Durham), Julie Dent (Robbie MacDonald of N. Andover, MA), and Simon Dent of NY. After raising their family, they retired to a cozy lakefront home in Foxboro, MA.

Kathleen’s childhood left her with a pragmatic resilience and deep appreciation for everything in her life. She enjoyed the small comforts and lived a full, active, and social life, playing tennis, bridge, and bowling with friends, sharing and savoring delicious foods, as well as maintaining a lush garden, but Kathleen loved raising her family the most. She was a beloved and devoted wife and mother, who watched her children grow up, graduate, marry, and have children of their own, becoming the grandmother of Cameron, Calum, and Corrine, and the great grandmother of Maeve.

Funeral services are private and are under the care of the Roberts and Sons Funeral Home in Foxborough. To send an on-line condolence please visit the funeral home web site at www.robertsandsonsfuneralhome.com.

To plant a tree in memory of Kathleen Mary Jackson Dent, please visit our Tribute Store.

To order memorial trees or send flowers to the family in memory of Kathleen Mary Jackson Dent, please visit our flower store.