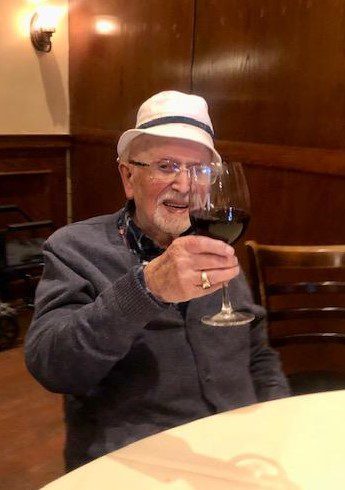 Joseph was born April 19, 1922, in San Marco dei Cavoti, Italy, a son of the late Donato and Maria C. (Ricci) Fragnito. Mr. Fragnito was a member of St. Francis of Assisi in Allentown, PA. Joseph began learning his trade in the Textile Industry at the age of 9 as an apprentice, which he worked for 67 years as a tailor and quality control supervisor. He enjoyed traveling and a good meal. Joseph will be remembered as a loving husband, father, uncle, grandfather, and great-grandfather.

In addition to his parents, Mr. Fragnito was preceded in death by his wife, Immacolata (Cocca) Fragnito, sons, Daniel and Joseph Fragnito and sister Natalina (Fragnito) Severo.

The family would like to extend their gratitude to Ellen Rich and her staff at Ashton Rehabilitation and Health. Also, a special thank you to Toula Woody for the care she provided for Pop.

To plant a tree in memory of Joseph "Pop" Fragnito, please visit our Tribute Store.

To order memorial trees or send flowers to the family in memory of Joseph “Pop” Fragnito, please visit our flower store.