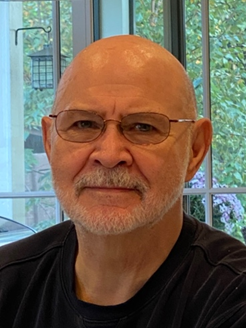 Joseph Edward Bailey, Jr (Joe), aged 74, died at his home in Raleigh on 8/31/22 from multiple myeloma related to Agent Orange exposure in Vietnam. He received excellent care from the UNC Myeloma Program and Rex Cancer Care as well as his family and Transitions LifeCare, Raleigh.

Joe was born and grew up in Hutchinson, KS and Denver, CO. At age 17, he joined the Army in 1965 where he found his calling. He was in the Special Forces and completed his 30-year military career as a helicopter pilot. During his service, he received numerous awards and citations including the Combat Infantry Badge, Legion of Merit, Distinguished Flying Cross, 3 Bronze Stars, Air Medal with Combat Distinguishing Device, and Army Commendation Award among many others. Joe retired from the Army in 1995 and then worked for the NC Department of Labor as the OSHA Education and Training Supervisor until he fully retired in 2010.

In lieu of sending flowers, the family would appreciate donations in his memory be made to Transitions LifeCare Hospice, 250 Hospice Circle, Raleigh, NC 27607 or Saving Grace | Animals for Adoption (savinggracenc.org) or the charity of your choice.

To plant a tree in memory of Joseph Edward Bailey Jr., please visit our Tribute Store.

To order memorial trees or send flowers to the family in memory of Joseph Edward Bailey Jr., please visit our flower store.