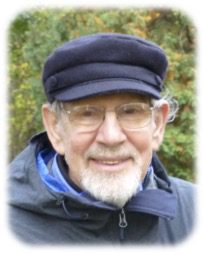 Born on September 23, 1942 in Bensonhurst, Brooklyn, N.Y., Joe was the son of the late Julius Klaits and Beatrice Kossoy Spielman. He graduated from Stuyvesant High School and Columbia University. A summer research fellowship during college took him to Vienna and then most notably to Paris, sparking a life-long love for the city and French culture and leading him to shift his interests from German to French history. After completing his doctorate in History at the University of Minnesota, he taught at Oakland University in Michigan and authored a book on French state propaganda under Louis XIV and another groundbreaking book on the witch trials of early modern Europe. After more than 35 years, both books are still in print and taught in colleges and universities across the country.  He also co-edited a book on the meanings of liberty in France and the US and another volume on the global ramifications of the French Revolution.

After a brief period working with the Fulbright Program at USIA, Joe moved to the US Institute of Peace, where he served as Director of the Fellowship Program. In this position, Joe fostered the work of international scholars and activists for peace and reconciliation in many regions of the world, including the Middle East, South Africa, Northern Ireland and the Balkans. Through this work he had the opportunity to satisfy his love of travel as well as to sharpen his understanding of the conditions that feed democracy in the United States and around the world.

From a young age, Joe was a baseball fan. He followed the Brooklyn Dodgers until they broke his heart by moving to Los Angeles. In adulthood, he was a devoted follower of the Baltimore Orioles and — beginning in the late 90’s and continuing to the day he died — the San Francisco Giants. The Giants’ cap he wore every day opened conversations wherever he went among fellow baseball aficionados. Joe also loved many kinds of music, from the Beatles to opera, jazz, and classical, and for many years Sondra and Joe traveled to Santa Fe to enjoy the summer opera there.

Joe is survived by Sondra Stein, his wife of 27 years. He is also survived by his two sons, Frederick and Alexander, from his first marriage to Barrie Gelbhaus Klaits, together with his daughters-in-law Laura Rusche and Gulchin Gulmamadova Klaits, and his four grandchildren, Adam, Nathan, Adrian, and Sophia.

Joe’s devotion to his family was the center of his life. He loved them deeply, imparting advice as needed with wisdom and humor. He traveled the world to visit them wherever work took their families — from Prague to Cairo to Gaborone and finally, to Durham — and was happy to have long conversations with his grandchildren about school, sports, movies, politics, or whatever else happened to be on their minds. He will be deeply missed.

There will be memorial services held over Zoom at 11:00 a.m. on Saturday, January 8 and on Sunday, January 9. Please contact Fred Klaits at fklaits@gmail.com for further information about the services. Donations in Joe’s memory may be made to ProPublica, New Israel Fund or Encode Justice.

To plant a tree in memory of Dr. Joseph Aaron Klaits, please visit our Tribute Store.

To order memorial trees or send flowers to the family in memory of Dr. Joseph Aaron Klaits, please visit our flower store.