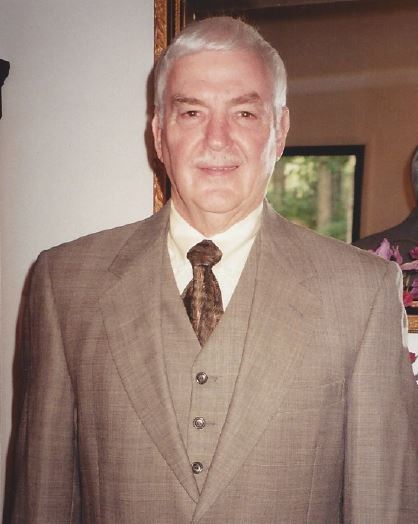 Johnny Edward Fitch Sr. passed away peacefully at the Hock Family Pavilion on September 8, 2022. He was born on September 7, 1934 to Jasper Frank Fitch, Sr. and Bertha Glenn Fitch in Durham, NC.

He was preceded in death by his parents and two brothers, Frank and Robert.

He retired as an executive/Co-owner from D.C. MAY Co. Inc. in 2002. In addition to his love for his family he was also devoted to community service. He served in the Lion’s Club and was a past president. The Lion’s Foundation presented him with the Melvin Jones Fellow for dedicated humanitarian services. He was a member of, and coached for, the Hillandale Sports Association.

A funeral service will be held on Monday, September 12 at 2:00p.m. at Hudson Funeral Home. Officiating will be Rev. Greg Long. Greetings with the family will be from 1:00-2:00pm prior to the service. Interment will follow at Woodlawn Memorial Park.

To order memorial trees or send flowers to the family in memory of Johnny Edward Fitch Sr., please visit our flower store.