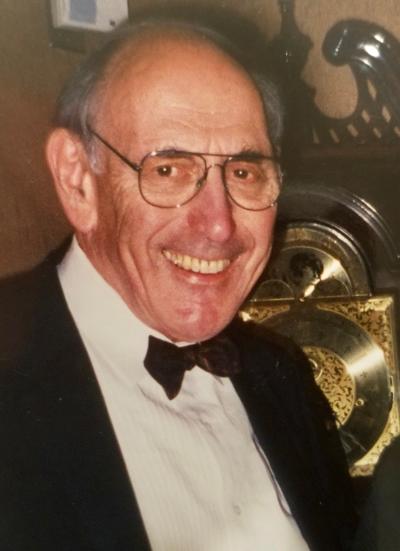 Joel Smith, Professor Emeritus of Sociology at Duke University, died at rest at his home in Durham, North Carolina, at the age of 95.  In 1958, with his wife, the former Barbara Jean Vorsanger, he had come to Duke and Durham, which together they made their home and embraced the community around them.

Joel was born in Manhattan, in New York City, on December 7, 1925, to Louis Smith and Hannah Barewitz Smith.  He was raised in Jamaica, Queens, where he went through school very rapidly and was just 15 years old when he started his university career as a freshman at Queens College.  Before then, younger still, he took a long subway ride into Manhattan each day, to attend high school.  Joel was not a prideful man, but he did take pride in having gone to Townsend Harris High School in its pre-World War II Manhattan incarnation, as the elite high school of New York City.

After Queens College, as a 19 year-old college graduate, he did a series of odd jobs in New York, many connected to the Bureau of Social Research at Columbia University, where he earned a Masters degree in Sociology.  After, he followed Kimball Young, a former Queens College professor and president of the then American Sociological Society (and grandson of Brigham Young) to Northwestern University, where he worked on his Ph.D. in Sociology.  Much of his fieldwork was done interviewing farmers in rural Michigan, a task abetted by a position as a lecturer at Michigan State College, and hindered by the absence of a driver’s license, a consequence of a youth spent in New York City and Evanston, Illinois, surrounded by trains.

With his Ph.D. completed, he obtained a position as assistant professor of Sociology at Michigan State, and it was from there that he moved in conjunction with a series of colleagues, former students, and lifetime friends, led by John McKinney and including Jack Preiss and George Maddox, to the Department of Sociology at Duke.  He rose rapidly through the ranks to Professor of Sociology and was a longstanding Director of Graduate Studies in the department.  In 1991, he was the President of the Southern Sociological Society.  Joel Smith was a thoughtful, careful scholar with a wide range of interests and competencies.  The fields in which he authored papers, book chapters, research monographs, and texts included (but were not limited to) mass communications, suburbanization, political socialization, comparative studies of legislatures, and demography and human ecology.  He taught in many of these areas, plus urban sociology and research methods.  He was in his office from early morning until the end of the afternoon, plus Saturday mornings.  His door was always open and he was always available to students and colleagues alike.

In summer 1953, he made a brief trip back from East Lansing, Michigan to New York, where he was introduced to Barbara Vorsanger; he returned to New York at the end of the fall semester to marry her and bring her back with him to East Lansing.  They had two children there—Herbert and Joanne; their third, Eliot, was born in Durham.  When they were old enough to sit up and eat, he would cook them breakfast (wonderful eggs, pancakes on special occasions) before he went off to work and they went off to school.  Joel was also always home with his family at dinner. As the family moved from highchairs to real chairs, the dinner table became a place to discuss the world around them and widen their world view.

Joel and Barbara Smith had left the New York area with the idea of striking out on their own, which they did, New Yorkers in Durham, NC in the 1950s being far, far less common than they have become since.  They were attracted by the difference, by the people, and by the opportunity to be part of an improving way of life along with a larger community.  They made many friends and were a caring and striking couple.  They had a long and happy life together and were married for over 65 years.  Barbara’s health declined before Joel’s, and he never ceased to take care of her, literally to the moment of her death.  Most of all, he never stopped seeing her as the beautiful partner he had met all of those years ago.

Joel Smith was a builder.  He and Barbara built three homes; he did architectural sketches for all of them.  He came to Duke at an era when it was moving from a Southern football school to the international institution it is today, and never ceased contributing.  Not that he had anything against football:  He had Duke season tickets for over 50 years (basketball, too), and was always willing to offer constructive criticism when required.  With Barbara and nine other couples, he was a founder of the Judea Reform Congregation, and one of its first presidents.  He never shirked and he never sought the spotlight.  He was an incredibly decent human being, and a peaceful man that accepted people for whom they were and never sought to change them.

Barbara Smith predeceased him by a long year.  He is survived by his three children and their spouses, by seven grandchildren whom he identified individually as neat people, and by his older sister, Sylvia Smith Roth, now of Raleigh.

To order memorial trees or send flowers to the family in memory of Joel Smith, please visit our flower store.