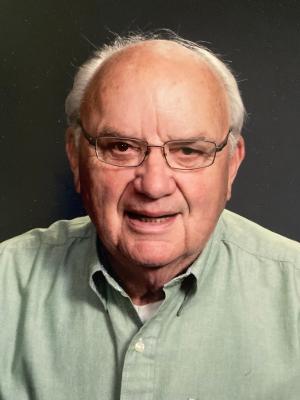 WAKE FOREST – James “Jimmy” Leroy Cole, 78, passed away peacefully on November 13, 2021, at home with his family by his side after declining health over the past 5 years.

Jimmy graduated from Northern High School, Class of 1962.  He was voted “Most Wittiest” of his senior class.  He served in the North Carolina National Guard , 130th Signal Battalion, in Durham.  He retired from American Telephone and Telegraph (AT&T) with 36 years of service.  He was a charter member of Lynn’s Crossroad Ruritan Club and facilitated numerous fundraisers while being the Building Manager and Food Chairman for 38 years.  Jimmy was a former member of Calvary Baptist Church in Durham.  He was currently a member of Woodland Baptist Church in Wake Forest.  He was known to many neighbors and friends in the Leesville Road Community as “Mr. Fix It”, the one to call when something needed to be fixed.

In addition to his parents, Jimmy is preceded in death by his father and mother-in-law, Otha Carl, Sr. and Hazel Cooley; brothers-in-law: Paul E. Womble, Jr and Steve W. Cooley.

Mr. Cole enjoyed life and being a friend to many!  He will certainly be missed by all who knew and loved him.

A visitation will be held at 10 a.m. Thursday November 18, 2021 at Hudson Funeral Home followed by a chapel memorial service at 11 a.m.

To order memorial trees or send flowers to the family in memory of James Leroy “Jimmy” Cole, please visit our flower store.