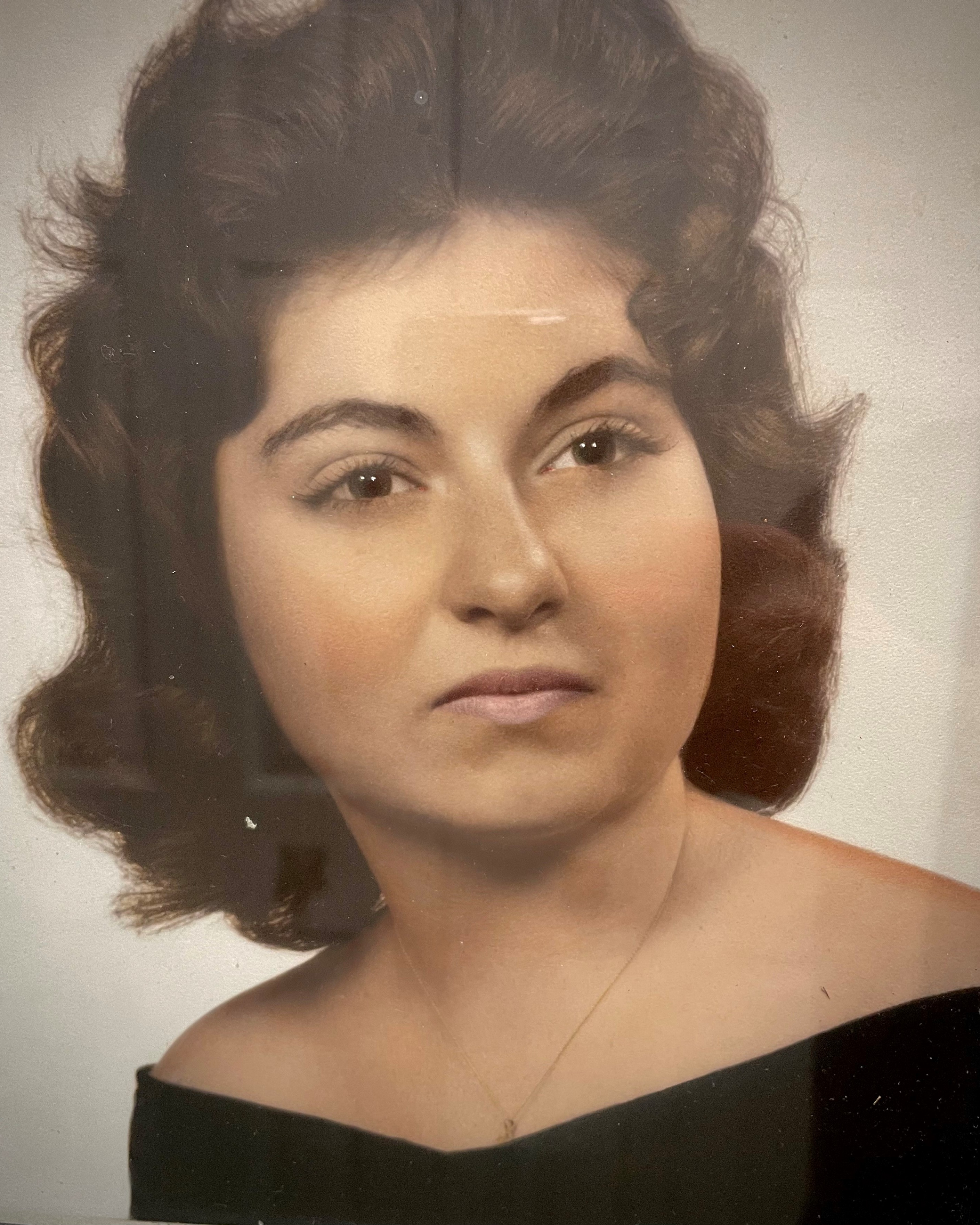 Hand delivered by a local florist

Jacqueline (Jacki) Ceil Resnick was born in Brooklyn, New York on January 2, 1941, to Sophie and Paul Adler and died on November 30, 2022, of a rare neuromuscular progressive disease. Even after her diagnosis 6 years ago, she remained a highly active UNC retiree (2013), focusing on social action, travel, singing, mahjong, reading, and family. Jacki married Michael Resnick in 1963, and had two children, Rebekah Resnick (b. 1970) who preceded her in death in 2011, and Jared Resnick (b.1968), who lives with his wife Jennifer Resnick in Chapel Hill. She had grandchildren Ezra and Kol, who go to UNC-Greensboro, and many adoring nieces/nephews.

Born in Brooklyn to eastern European immigrant parents Paul and Sophie Adler, she was the “kid sis” to 4 siblings who were 19 to 26 years her senior. Following her mother’s death and father’s abandonment at the age of 10, she lived with her brother Mike and nieces in Peoria, Illinois, from age 12. Through her personal drive and resilience, she developed a unique set of lifetime teaching skills, involvement with social causes, intellectual and academic pursuits, and ability to organize and consult for large research programs at UNC Chapel Hill, various universities, and medical facilities, as well as nearly 30 years as a consultant for family medicine research programs across the U.S. military. She was remarkably creative, loved to sing, do various kinds of art, knit, and cook.

A 1963 graduate of Bradley University, Jacki began teaching lower grades and participating in supportive activities within disadvantaged communities of Evanston, Illinois and Oakland, California. During professional moves with her husband and while raising Jared and Bekah, Jacki developed research skills in studies that included program support for children with spina bifida and employment opportunities for women in the health community. Upon settling in Chapel Hill in 1980, she worked as a research assistant for Dr. Peter Curtis in the Family Medicine Department of UNC School of Medicine. Her topics varied from residency training evaluation, cancer screening, and the efficacy of breast stimulation during labor. She developed a unique capability for teaching research skills in clinical settings during her work with fellows in Family Medicine. Her fascination with research and teaching about it were a driving force during her next 30 professional years.

Starting in 1987, Jacki became an advisor on research development within the Family Medicine Academy (USAFP) component of the U.S. military. This eventually led to her becoming the only permanent civilian consultant on research approaches and programs. In 2013, USAFP formally acknowledged her 27 years of “leadership and selfless service …whose knowledge, nurturing feedback and innovative ideas influenced a multitude of research judges, hundreds of novice researchers, and countless other USAFP members.”

Recognized for her outstanding capabilities, Dr. Tom Meyer, Vice-Chancellor for Research & Graduate Studies, appointed Jacki as the first Director of the UNC Office of Research Development in 1996. Until her retirement in 2013, Jacki flourished in that capacity, establishing the first interdisciplinary research program that extended across the UNC system. According to Dr. Meyer, she became a key, recognized force in the development of interdisciplinary research across the United States. In 2013 the National Organization of Research Development Professionals (NORDP) presented Jacki with its annual Service Award for outstanding service to the organization and to the Research Development profession.

Demonstrating highly developed intuitive capabilities and a genuine love of people, Jacki brought together widely varied disciplines into cohesive forces that could effectively address major academic/medical/social/translational issues and, in the process, facilitate vast amounts of support. A favorite topic that she publicly addressed in lectures and publications was “Increasing Opportunity Through Interdisciplinary Research: Climbing Down and Shattering a Tower of Babel.” In her letter of retirement she wrote, “I have had the opportunity to learn from the many creative minds we have on this campus while being able to express my own sense of entrepreneurship and creativity in developing this program.”

In spite of her diagnosis 6 years ago of Multiple Systems Atrophy—an extremely rare neuro-muscular progressive disease—she continued with her volunteer efforts. She headed the Social Action Committee of Beth El Synagogue to address her people-concerns in the Durham-Chapel Hill community. Her beloved Beth El community celebrated her contributions with the Volunteer-of-the-Year award in 2019.

Jacki Resnick was a motivator, a supporter, and a fighter for justice. She offered critique when appropriate, fought injustice, and supported the good in people. She worked tirelessly to bring down the insulating silos of communication in all the realms where she worked, including teaching, social action, volunteer work, her synagogue, and even when meeting strangers. The tower of Jacki grew and spread light on so many.

Throughout her life, Jacki expressed deep her love of family and friends and many colleagues. Family vacations, meals together, quality time with grandsons were favorites. She will be especially remembered by her wonderful warm hugs. May her memory be for a blessing.

A funeral service will be held 11:00 a.m. Friday, December 2, 2022 at Beth El Synagogue. Officiating will be Rabbi Daniel Greyber. Burial will follow at Durham Hebrew Cemetery.

To order memorial trees or send flowers to the family in memory of Jacki Ceil Resnick, please visit our flower store.