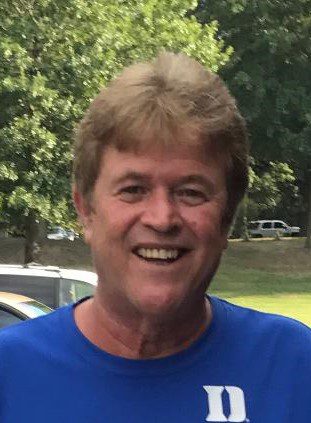 Herman Curtis Johnson, 63, passed away on September 13, 2021 in his home in Butner, North Carolina. He was fondly known as “Rabbit” by family and close friends.

Curt faithfully served his country in the US military for twenty years.

An avid Duke fan, he thrived for football season but thoroughly enjoyed almost anything sports related. He will be missed for his open heart, generosity, love and loyalty, and his larger-than-life personality. Curt had a special talent for cooking and was known for sharing his tasty dishes with everyone. He delighted in bringing joy to others with his jokes, pranks, card tricks, and quick wit and his happy smile was contagious. “Rabbit” adored and was adored by all who knew him.

His wife, Janie, would like to extend a special thank you to Amedisys Hospice and friends, Terri Parker and Larry and Cindy Nichols.

Services will be held on Friday, September 17th, at 11:00am at Hudson Funeral Home Chapel with Pastor Doug Vaughan officiating, followed by burial at Oak Grove Memorial Gardens in Durham. Visitation will be held one hour prior to service. The family respectfully requests all guests wear masks and practice social distancing.

To order memorial trees or send flowers to the family in memory of Herman Curtis “Rabbit” Johnson, please visit our flower store.