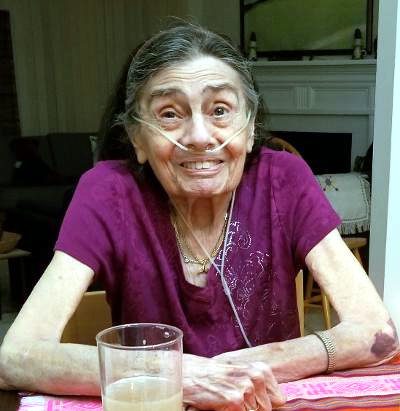 Helene Baskir departed on her next journey on December 28, 2021. She began her life in Vienna, Austria in December of 1933. Her parents, Adele and Paul Reiser, brought her to the U.S. in 1939, fortunate to escape the Nazi holocaust that was building in Europe. Helene graduated from Hunter College High School and obtained her Bachelor of Arts in English from the University of Rochester. She married Manny Baskir in 1952, and Helene and Manny moved to Houston, Texas in 1956. Although not a native Texan, Helene was a smart, strong, sophisticated, and independent woman with a wicked sense of humor, in the best Texas traditions of Molly Ivins, Barbara Jordan, and Ann Richards. While raising her three sons, Geoff, Bruce, and Jesse, Helene also supported political change, was a patron of theater and classical music, scaled mountains in Colorado, pursued a career as a claims adjudicator at the Texas Employment Commission, and mastered the intricacies of Bridge while achieving Life Master status. She worked for progressive change to the Houston School Board, and, recognizing the potential for a new magnet school concept focused on the arts, sent her eldest son to the High School for the Performing and Visual Arts, the first public high school in the Southwest to feature programs in both the performing and visual arts. Following the sudden passing of her husband in 1992, Helene traveled extensively, photographing the wonders of Italy, Greece, Turkey, Egypt, Russia, and other countries. She lived the last four years in Durham, North Carolina. While she was not able to travel in the last years of her life, Helene enjoyed reading the New York Times and finishing the daily crosswords. She loved visits from her family most of all, and was blessed to meet two of her great-grandchildren just weeks before she passed. To honor her memory, have some excellent aged cheese, cashews, and fine chocolate. She is no doubt doing the same with Betty White.

To plant a tree in memory of Helene Reiser Baskir, please visit our Tribute Store.

To order memorial trees or send flowers to the family in memory of Helene Reiser Baskir, please visit our flower store.