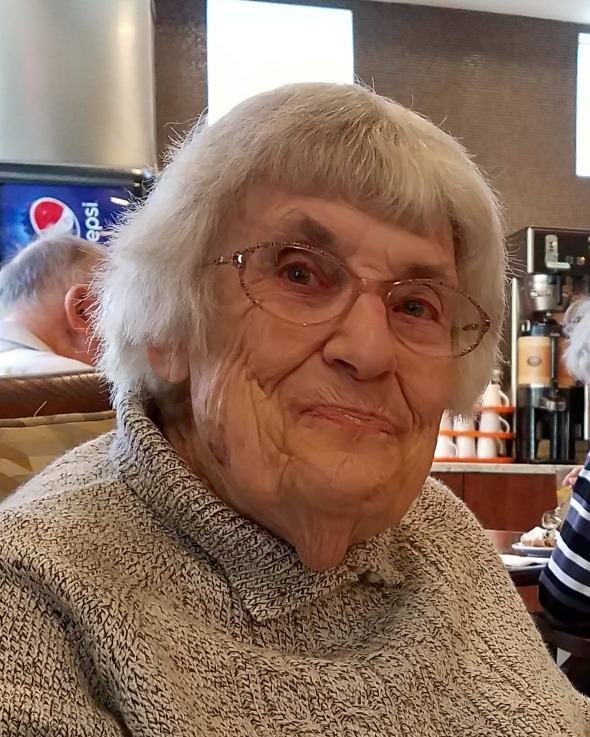 Helen Rosenwald Stahl departed this life on Friday, December 2, 2022. Helen came to the US by boat with her family in 1936. She was part of a wave of immigrants fleeing Nazi Germany and was amongst a group brought to the US with the help of the family of Julius Rosenwald, one of the founders of Sears Roebuck and Co. Helen grew up on the Upper West Side of New York and attended NYU, receiving a degree in Early Childhood Development. She married Gerald M. Stahl in 1953 and moved with him to Durham, NC, where she lived for more than 60 years. Gerald became the Chief Pharmacist at what was known as Watts Hospital. Helen and Gerald were members of Beth El Synagogue and, after raising her children, Helen became Director of Beth El Preschool. She later joined Judea Reform Congregation, where she taught as well as substituted in the Sunday School. For more than 40 years, Helen volunteered her time in the gift shop of Durham Regional Hospital and assisted the broader Durham community through other local organizations, such as Meals on Wheels. In her later years, Helen moved to The Forest at Duke, a continuing care retirement community, where she was active in several programs including Resident Readers, Laughter Crafters and the Play Readers Troupe. Helen was also a tireless advocate for the preservation and renovation of the Rosenwald Schools, which were established to provide educational opportunities for African American students in towns throughout the South by Julius Rosenwald, who had been so instrumental in her family's arrival and early life in the USA. Helen was an Honorary Board Member of the Russell Rosenwald School (2001 St. Marys Rd, Hillsborough, NC 27278), the last remaining Rosenwald school in Durham County. Many Rosenwald schools have received historic designations or are functioning as community centers, and Helen was pleased to see the schools so well represented in the National Museum of African American History & Culture in Washington, DC. Helen also donated a number of personal artifacts to the US Holocaust Memorial Museum in Washington, DC.

Helen was preceded in death by her husband Gerald M. Stahl and their son Peter Stahl. She is survived by her daughter Vivian Rose Stahl and son-in-law Robert Senseney of Maryland; her grandson Justin Stahl Senseney and his wife, Ling Chow, also of Maryland and their son Isaac; her granddaughter Leah Stahl Senseney of New Jersey; her daughter-in-law Susan Simmons-Stahl of Connecticut and grandsons Cory Stahl, also of Connecticut, and Jesse Stahl of Chicago.