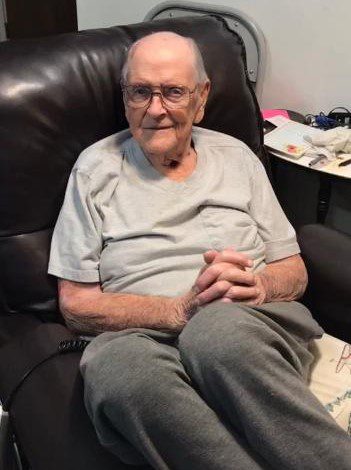 Harold was born May 31, 1928 to the late Jesse James and Sarah Gladys O’Briant Henderson. Mr. Henderson was a Durham High School Graduate of 1946. He was a Past Commander of American Legion Post 7. Harold served in the United States Army during the Korean Era. He was a great story teller and loved to fish. Harold will be deeply missed.

In addition to his parents, Mr. Henderson was preceded in death by his brother, Stuart Henderson; and sister, Anne H. Rhodes.

Mr. Henderson is survived by his nephew, Brian Rhodes and wife Gale; nieces, Joan Henderson and Jessica Issacs and husband, Steve; as well as several great nieces and nephews; and a great-grand niece and nephew.

In lieu of flowers, memorial contributions can be directed to

To order memorial trees or send flowers to the family in memory of Harold David Henderson, please visit our flower store.