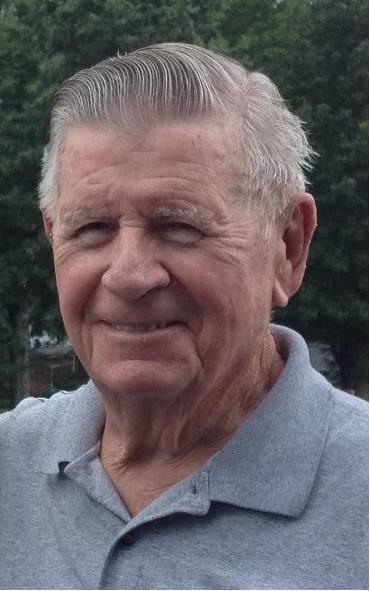 Dignified, Caring, Loyal, Versatile, the list would never end, in trying to find the words to describe the fine man that Glenn Guido Davis was, and will remain, forever in his family’s hearts and memories.

Glenn was the last child born to Henry Albert Davis and Eva Matilda Bowen Davis, both deceased, in Johnson County, (Kenly) North Carolina, on December 21, 1927. He had an older sister, Pauline Davis Whitney and an older brother Garland Joseph Davis, also both deceased.

Glenn was adventurous as a child, and as a young man. He first traveled alone, at 8 years old, by driving his father’s car to town. He told his father when he got back from his outing, that he wanted to find work, so that he could make his own money, and to help his family out as well. His life was filled with many adventures, and many positions of employment. You name it, Glenn did it.

Glenn was raised mostly in Durham, NC after the family moved from Kenly. When Glenn was old enough, he followed in his older brother’s footsteps, and enlisted in the United States Navy in 1945, serving in the North Atlantic during World War II. His basic training was held in Bambridge, Maryland, and once basic training was completed, he was stationed out of Norfolk, Virginia. He spent many days and nights aboard the USS Woosley Destroyer and the LST 1032 Landing Ship. During his time on those two Navy vessels, he traveled to Liverpool, Nova Scotia, Newfoundland and Labrador. Glenn always described the landscapes of each location, and his pick of the most beautiful place he had ever traveled was Nova Scotia. Glenn’s Military Medals include: American Area, European African area WWII Victory medal and his highest rank: Commissionary 3rd class.

While Glenn was on leave from the Navy to visit home, he met the love of his life, Miss Edna Earle Wheeler. He was in his Navy uniform, buying a milkshake, when they met for the first time in downtown Durham, NC. Needless to say, it was love. A love that lasted 72 years in marriage, before his departure to his Heavenly home.

Glenn and Edna married on November 7, 1947 and they had two children, a son, Daniel Allen Davis and a daughter, Glenda Jo Davis Holleman. As a married family man, Glenn worked at Blue Cross Blue Shield, as a traveling health insurance salesman for 34 years before his retirement in 1982.

He traveled all areas of North Carolina, and even though he was away from his family during the work week and missed them dearly, he enjoyed his profession and LOVED EVERY MINUTE OF IT. Throughout his entire retirement, and all the way up to his final days, Glenn would tell the many repeated career stories, of the people he met, and of his former co-workers. The love and passion that he held within his heart of Blue Cross Blue Shield was immeasurable.

Glenn was a member of Oak Grove #750 Masonic Lodge of the 19th Masonic District of Ancient Free and Accepted Masons of North Carolina. In 1980, he was appointed Master Mason and also served as Secretary for many years as well. He and wife Edna aremembers of Fletcher’s United Methodist Church.

Glenn also had very many hobbies. From playing solitaire with his deck of cards at the kitchen table, to exercising by lifting weights, an hour walk every day in front of the house, watching television in his favorite chair, which included his favorite soap opera General Hospital, Western movies, classic musicals and movies (Rita Hayworth was his favorite actress), Star Trek, and Duke Blue Devils basketball. He loved shopping for new tennis shoes, ball caps, and of course, his favorite hobby was golf, as he was a dedicated member of Occoneechee Golf Course in Hillsborough, NC. He was always so proud to brag about never needing to use a golf cart; his feet and legs would carry him to the next challenge.

In Glenn’s 92 years, there’s so much to reflect on, but one thing’s for sure, his wife and family loved him tremendously, as he loved them back as well. He had so many special ways of listening, caring, guiding, and educating. He was a happy man, with many smiles to share.

All who knew him, knew his love of singing, whistling and making up happy tunes to pass the time. Even in his last days, he still made us all smile while whistling and singing. His love of ice cream was something else for sure. He loved to cut ice cream with a knife and would share with anyone who wanted some, but they couldn’t have much because he had to save some for himself. Anywhere he went that had an ice cream machine, he was sure to get some. Sometimes, even seconds was a must.

With all of his life stories that he would reflect on, anyone that cared to listen, surely was educated in so many ways with his shared wisdom. If there was any worry in the world, heavy on anyone’s shoulders, Glenn would remain calm, and validate the fact, that there’s no reason to worry about anything, or stress out about things that you couldn’t control. He would tell everyone that worrying wouldn’t solve anything. His point will always stick with his family, today and forever.

He is also lucky enough to be survived by three great-grandchildren, Miranda Ann Faircloth of Alamance, NC; Aram and Ashur Davis of Columbus, NC.

When asked what he had to say about his 92 years, his response was, “I had a lot of experiences and a lot of fun”.

Hudson Funeral Home will be observing social distancing for visitation as well as the funeral service, and asks everyone in attendance to wear a mask when entering the building.

To order memorial trees or send flowers to the family in memory of Glenn Guido Davis, please visit our flower store.