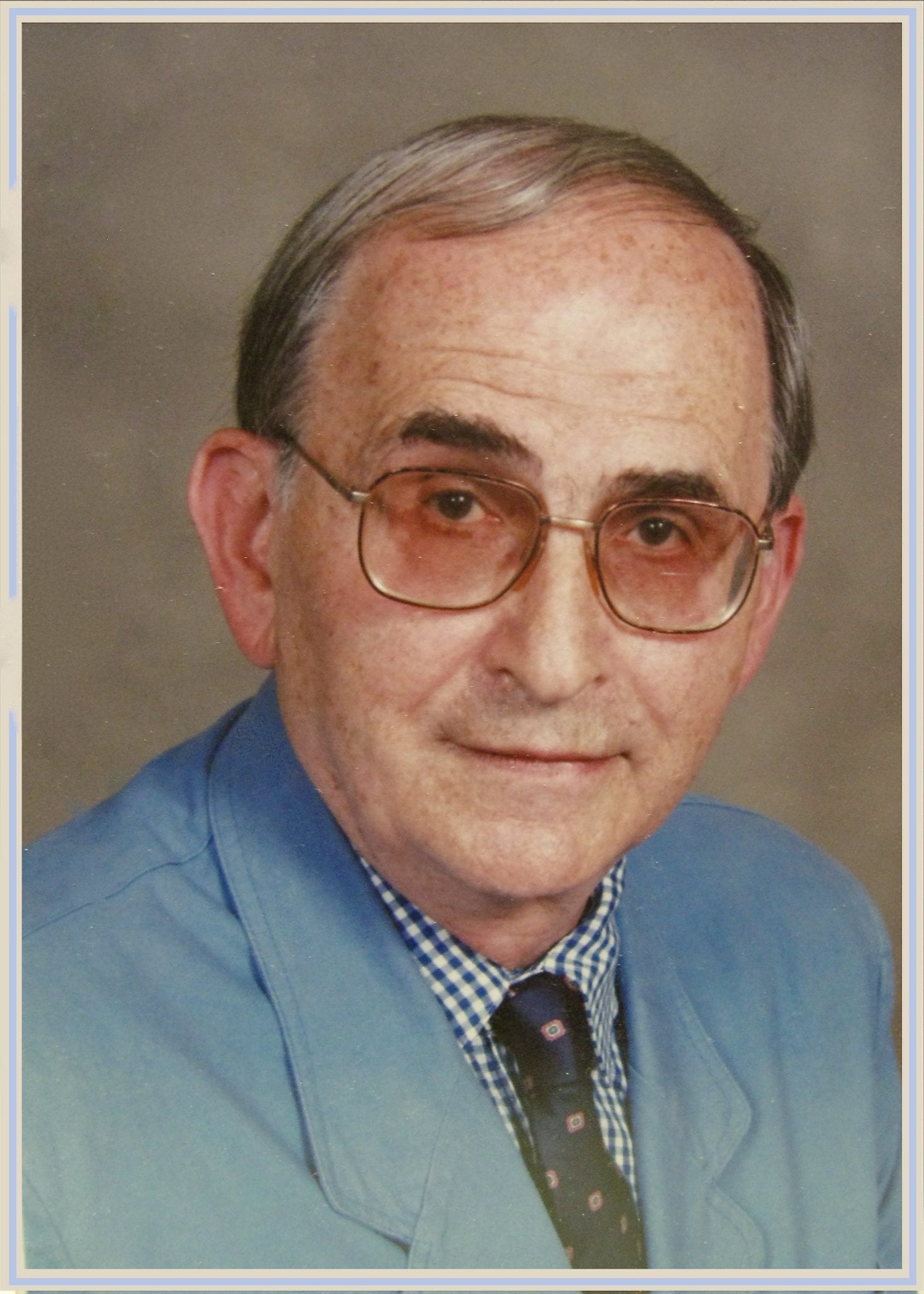 Dr. Gershon Yelin, 91, died Wednesday, January 8, 2020. In hospice care for three months prior, he passed away peacefully at his home in Durham, North Carolina.

Dr. Yelin was preceded in death by his parents, Joseph “Yosef” and Chawa “Eva” Yelin; and his four older siblings, brothers Moshe and Joshua, and sisters Leah and Luba (His beloved sister Luba, age 18, perished at Auschwitz).

A child survivor of the Holocaust, Gershon was born April 9, 1928 in Warsaw, Poland. He spent much of his early childhood in the independent state of Danzig (now Gdańsk, Poland). His family enjoyed a good life until the Nazis came to power and they were forced
to flee to Palestine in December of 1938.

In Palestine the family re-settled in the village of Magdiel (now Hod Hashoron) where Gershon’s father, Josef, a businessman turned farmer began anew. Gershon finished secondary education and helped his father in the poultry and fruit orchards. In 1948 he served active duty in the Israeli Army as part of the Alexandroni Brigade alongside his best friend, Ariel Sharon.

A young man, now in his early twenties, he focused on plans get into medical school—his unwavering dream since age six was to become a doctor. In 1952 his superior academic record gained him entry into the University of Vienna Medical School, Austria, with a concentration on internal medicine and neurology. Upon completion of medical studies in 1955, he returned to Jerusalem where he completed his internship and residency in Internal Medicine at Hadassah Hospital and received his MD from Universitas Hebraica “Hebrew University” in 1960. He accepted a post and worked at Hadassah while also serving as a part-time rotational physician for the Israeli Army.

In the early 1960s a team of doctors visiting from Albert Einstein Hospital in the Bronx, New York shadowed and observed Dr. Yelin’s work. Impressed with his knowledge, manners and skills, they praised him as a “gifted doctor” and urged him to accept a post at Einstein.

In 1962, after careful consideration and thought, he accepted the job and set sail to New York with his late wife, Carol, and toddler daughter, Nili. They lived with his in-laws on the lower east side of Manhattan until they found housing in the Bronx.

During his tenure at Montefiore Dr. Yelin paid close attention to and studied data that showed evidence of a growing relationship between patients physical and emotional ailments. Discussions with colleagues, senior doctors and his own careful observation of patients were compelling. Drawn to the data and implications, Dr. Yelin was confident that the physical-emotional treatment approach had merit. Without reservations, he pursued a specialty in Psychiatry at Einstein. Throughout his long medical career the “mind-body” treatment approach proved successful with hundreds if not thousands of patients.

A few years after his residency in psychiatry he accepted a post at United Hospital in Port Chester, a thriving suburban NYC community in Westchester County. He devoted the next 30 years to his work at United. Concurrently, Dr. Yelin joined Highpoint Hospital, Port Chester, where he was appointed Medical Director when the Director took sabbatical.

During this time, he gradually established a private practice in Port Chester and later in New York City. He worked long hours and kept abreast of parenting with a growing family…adding two daughters, Jacqui and Amy.

After his tenure at Highpoint he took a brief respite, but soon joined the medical team part-time at Rye Hospital, Rye, New York.

Dr. Yelin’s bedside manner was always kind, gentle and respectful. He listened to and learned from his patients. He treated all patients from every walk of life, and not once did he turn away a patient without insurance or money to pay. He did not carry medical malpractice insurance (his thoughts on the subject were a bit colorful), and over the 50-years he practiced, there was not even the appearance of an infraction or malpractice.

When for-profit medicine took hold in the 1980s Dr. Yelin continued treating patients with managed care insurance; however, he never accepted payment and did not charge the patients. He adamantly opposed managed [health] care and often said that “Medicine should never become a for-profit business, and that patients health would suffer greatly…” He remained true to his convictions-reiterating why he went into medicine, “…because I love healing–helping sick people…being a doctor was never synonymous with making big money…”

A voracious reader with a curious, inquiring mind, Dr. Yelin’s insatiable appetite for learning spanned the spectrum. He had a terrific sense of humor—was extraordinarily quick witted and delighted in story- telling. He enjoyed theater in Vienna and New York, both off and on Broadway, and fancied opera and older classic movies such as Fiddler on the Roof, Gone with the Wind, Casablanca, and Dr. Zhivago. Music was another of his loves—Bach, Beethoven, Mozart, Ray Charles, Frank Sinatra, Nat King Cole, Tony Bennett, Bing Crosby, Lena Horne and more.

Dr. Yelin also had a fondness for nature and enjoyed flower and vegetable gardening. Best of all, over the last 3-4 years, through the summer 2019, he developed a special fondness of and relationship with birds. Many mornings he had coffee on the patio or sat at his special window—singing, bird watching, and chirping with birds of all kinds.

We will always carry you in our hearts.

In lieu of flowers please make a charitable donation in Dr. Gershon Yelin’s name to the Alzheimer’s Association.

The family gives a special thanks to Awatif Darish, Karen Bonfield and Mohamed Abdelgawad for their care, devotion and love for ‘Dr. Gershon’.

A private service was held at his home in Durham, North Carolina for family and friends.

A Celebration of the Life of Dr. Gershon Yelin has been postponed until further notice.

To order memorial trees or send flowers to the family in memory of Dr. Gershon Yelin, please visit our flower store.