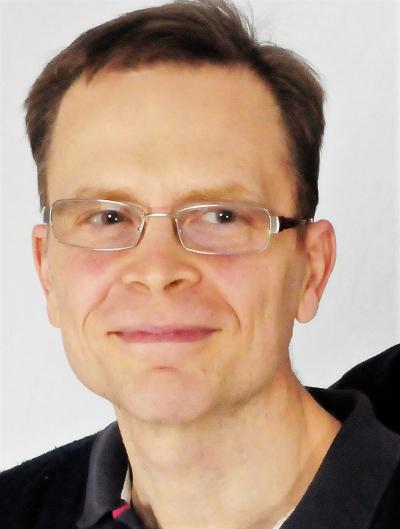 George V. Shingleton, age 57, died at home on Saturday, January 23, 2021.  A private cremation is being arranged by Hudson Funeral Home of Durham.  George grew up in Richlands, NC and attended East Carolina University where he met his wife, Teresa McLawhorn. After moving to the Triangle area and earning his master’s degree, George worked as a college librarian for several years before developing a debilitating chronic health condition. When his health allowed, he and his wife enjoyed attending live theater performances, concerts, and standup comedy shows around the Triangle area.  His favorite pastimes in his final years were listening to jazz music, finding new movies and series to enjoy on Netflix, and spending time with his wife catching up on late night talk shows while being surrounded by their dogs.  George maintained numerous friendships with fellow participants in many online forums and groups. His friends knew him as an intelligent and thoughtful man.  George is survived by his wife of 33 years, Teresa, whom he dearly loved and two canine companions, Kandy Korn and Bertie.  He is also survived by his parents, Dalton and Frances Shingleton.

To order memorial trees or send flowers to the family in memory of George V. Shingleton, please visit our flower store.