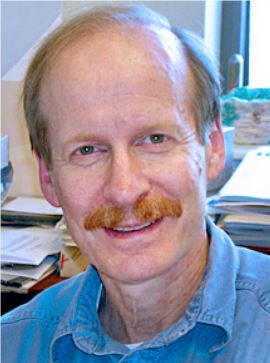 Eugene Alfred Kroch, father, grandfather, professor and health care economist, died of Parkinson’s at the age of 71 on Monday, January 3rd in Cary, North Carolina. Eugene was born to German Jewish refugees, Adolph and Hilde Kroch, who fled Nazi Germany following the arrest of Hilde’s father on Kristallnacht in 1938. Eugene’s parents, stripped of their citizenship and with no legal immigration path, lived in the United States without status. Under an amnesty in 1945, they re-entered the United States through Canada and were granted permanent residency. Eugene was born in 1950 in New York City; and a few years prior to Eugene’s birth, his parents were naturalized as US citizens.

Eugene was raised in New York City, White Plains, NY, and Needham, Massachusetts. He spent his first formative years of high school in Paris, France, where he made lifelong friends, before
graduating from Needham High School in 1968. He attended Massachusetts Institute of Technology and graduated with a B.S. in economics in 1972. Throughout his time at MIT, Eugene was highly active in the antiwar movement, protesting the American involvement in Vietnam. At commencement, he famously subpoenaed the university president, Jerome Wiesner, to serve as a defense witness for the occupants of the ROTC building sit-in. Eugene was awarded a fellowship from the National Science Foundation after he was accepted to Harvard’s graduate school, where he would pursue a Ph.D. in economics. In 1978, Eugene earned his doctorate in economics at Harvard University after completing his dissertation on the economic dynamics of energy resource allocation.

The same year he earned his Ph.D., Eugene began his teaching career as an Assistant Professor of Economics at Columbia University. In 1982 he accepted a position as Assistant Professor of
Economics at the University of Pennsylvania. Eugene and his young family moved from their home in Brooklyn to Swarthmore, Pennsylvania, where he would spend the next 37 years. In
1986, Eugene earned the title of Associate Professor of Economics at the University of Pennsylvania. In 1989, Eugene left academia and joined the Federal Reserve Bank of New York as a Senior Economist. He held that position for two years, commuting to Manhattan from his home in the suburbs of Philadelphia so that he could see his children as much as possible. In 1991 Eugene returned to teaching, joining the faculty at Villanova University as a Professor of Economics. He spent the Spring semester of 1993 as visiting professor at the International University of Japan and the Fall semester of 1993 as a visiting professor at the Charles University in Prague, Czech Republic. In 1997, while still holding his title as Professor of Economics at Villanova, Eugene aided in the creation of CareScience, Inc., an organization founded by the Wharton School faculty to disseminate health purchasing and management tools based on research conducted at the University of Pennsylvania. Eugene served as Vice President and Director of Research at Carescience from 1997-2015, remaining with the company through the acquisition by Premier, Inc. in 2007. That same year, he joined the Leonard Davis Institute of Health Economics at the University of Pennsylvania as a Senior Fellow, to conduct research in the fields of econometrics, public policy, and health economics. He also served as a policy advisor to two agencies within the U.S. Department of Health and Human Services: the Office of the Coordinator for Health Information Technology and the Centers for Medicare and Medicaid Services (CMS). In 2015 Eugene accepted a position at the consulting firm Booz Allen Hamilton as an executive advisor.

Over the course of his career, Eugene increasingly focused his research and teaching on improving health care systems. His professional contributions to society were driven by his desire to solve problems to improve the lives of others. He enjoyed mentoring students and collaborating with colleagues on research projects and scholarly papers. He was frequently invited to speak at conferences around the world and was published extensively in his field. Even with all these professional accolades, his ultimate joy was his family.

Every morning, for decades, Eugene would wake up before the rest of the family, perform his Royal Canadian Air Force calisthenics, and go for a jog with his Golden Retrievers, Toby and then Auggie. He would come home, have a cup of pour-over coffee, and read the paper. Eventually, his children would come tumbling into the kitchen where they would find him eating a bowl of Grape-Nuts and ask him to make waffles. And if it was a weekend morning, he always would.

Eugene was fluent in French, rode a motorcycle, raced sailboats in college and learned to windsurf in his thirties. He loved to play the piano and did so for six decades, serving in roles ranging from rehearsal pianist for college theater to accompanist for his childrens’ music recitals. He was an Eagle Scout who loved the outdoors, hiking and backpacking. He played ice hockey in high school, and remained an avid ice skater. He loved to spend Saturday mornings racing around the squash court. His passion for the outdoors, ice skating and squash was shared with his children through camping adventures and hours on the ice rink and squash courts.Eugene was a member of the 1000 Lap Club at the Swarthmore Swim Club for 30+ years. He coached soccer and squash, not only his children but many others through the Swarthmore Recreation Association. He was a regular at Saturday morning Chinese School. Eugene loved to travel, especially with his family. International adventures were his favorite as it gave him the opportunity to immerse his children in different languages and cultures.

Eugene loved reading The New Yorker, puzzling through a sudoku or word scramble and watching Seinfeld. While Eugene was a brilliant and often serious man, he loved comedy of all types, and his favorite films included Young Frankenstein, The Birdcage, and The Big Lebowski. On a Friday night in Swarthmore, after taking down several slices of green pepper and onion pizza from Renato’s, he would often be found watching one of these movies with his children scattered around the sunroom with a dog at his feet munching stovetop popcorn. He was an avid eater of Ben and Jerry’s ice cream, and much to his chagrin, so were his children, who quickly figured out Dad’s hiding spot in the freezer. He was a good father and he lived a good life, and in Swarthmore he found a place that will always be his home.

He is survived by his children Daniel (Pia), David (Cate), Gabriel, and Rachel, and his three grandchildren: Caleb, Davina, and Auden.

Donations in his honor may be sent to The Parkinson’s Foundation (www.parkinson.org)

To order memorial trees or send flowers to the family in memory of Dr. Eugene Alfred Kroch, please visit our flower store.