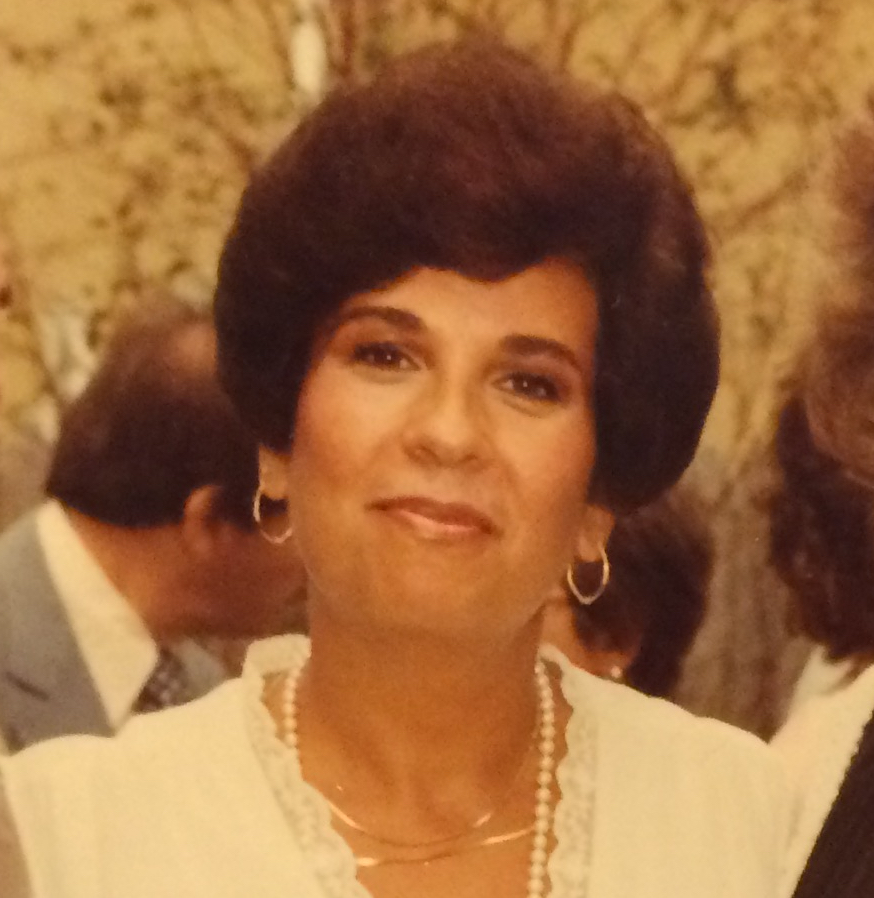 Elaine grew up in Brooklyn, New York where she was known for her boisterous humor, beautiful singing voice, her love of dance, and Broadway musicals. In her teens, she was the director of her high school’s “sing” where she led her fellow students’ performance of Bye, Bye Birdie.

She then went on to earn her bachelor’s degree from Brooklyn College and started her career as a substitute teacher in Brooklyn. Her gifts as a school teacher were evident from the very start.

After two years, she put her teaching career on hold to raise her three rambunctious boys, Craig, Scott, and Paul. They shared many wonderful years as a family living in River Vale, New Jersey. Her boys have many wonderful memories of their mother taking them to little league ball games, swim clubs, ski trips, movies, the local record stores, ice cream shops, Van San Park, and, of course, diners.

Elaine took joy in simple pleasures. She cared for exotic houseplants whose names most never knew. She loved to put on a Barbra Streisand album (especially Guilty) or read the new Jackie Collins novel. She took great care making her world-famous chicken soup (the secret was double the vegetables, she’d say). For years, she had a standing Friday appointment at Joyce’s Beauty Salon. It would be years until her boys ever saw a gray hair on their mother. She also took pride in her nails and amassed one of the town’s largest collections of nail polish bottles (in various shades of red).

As her children became more independent, Elaine returned to teaching, earning her master’s degree in special education, and ultimately becoming one of the top-ranked special education teachers for the City of New York.

Elaine was also a devoted grandmother, who took tremendous pleasure singing to her grandbabies, reading them stories, and buying them cute little outfits. She also enjoyed spoiling her dog, Rugalach (Ruggy) with long drives and bites of her bagel with cream cheese.

When Elaine’s teaching career came to a close, she moved to West Milford to be near her son, Paul. It was here that her dementia began to slowly take hold, and she required more care and attention. Elaine then moved to North Carolina, where she spent the rest of her days living near her son, Scott.

Elaine is survived by her three children Craig, Scott, and Paul Whitney, their spouses Elaine, Marney, and Dana, her grandchildren Hannah, Rhys, Shayna, Benjamin, Jack, and Luke, her sister Natalie Rubinstein and brother-in-law Allan. She is predeceased by her mother and father, Irving and Pauline Rosenberg.

In honor of Elaine Whitney’s many years working in special education, the family would like to request for those wishing to make donations in her memory, to contribute to the New Jersey Y Camps Scholarship Fund which supports an inclusion program for children with special needs. Donate here:

Arrangements are being handle by Robert Schoem’s Menorah Chapel in Paramus, NJ.

To plant a tree in memory of Elaine Phyllis Whitney, please visit our Tribute Store.

To order memorial trees or send flowers to the family in memory of Elaine Phyllis Whitney, please visit our flower store.