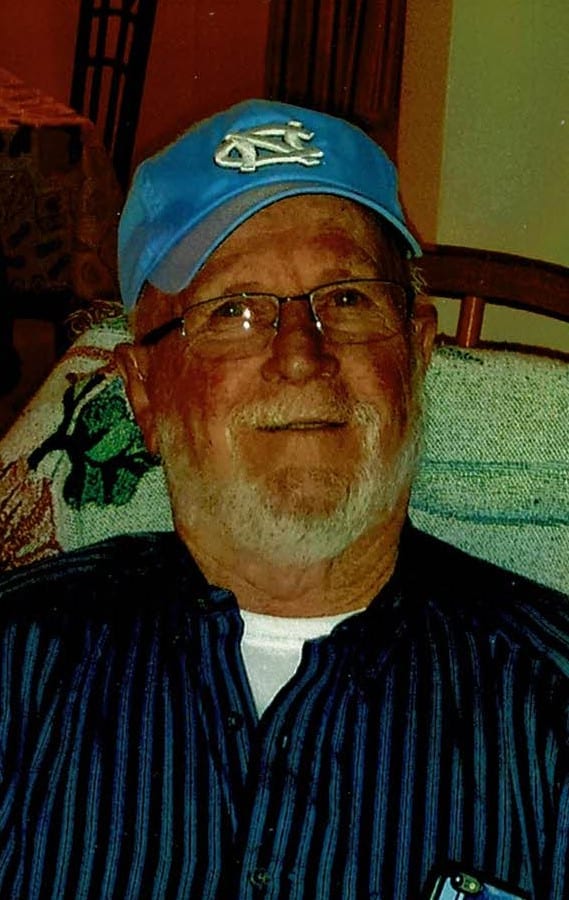 DURHAM- Edwin H. Hudson, Jr. (“Mr. Ed”) died Sunday, November 17, 2019. He was born in Durham, NC, December 26, 1939, to the late Edwin H. Hudson, Sr. and the late Elizabeth Pendergraft Weaver. Ed, who was known to most as “Mr. Ed”, lived most of his life in Durham having moved to Henderson, NC, in 2011. He started doing carpentry work with his Dad when he was 13 and continued doing construction work after graduating from Southern High School, class of 1959, for most of his life with the exception of operating Hudson Realty for 4 years. He could take you for a ride throughout the Triangle area and point out houses and businesses he had either built or performed work in. He had a love for music that carried him from high school marching band to playing drums in rock and roll bands, to directing the choir at Sherron Acres Free Will Baptist church to singing with the Durham Chorale. In the 60’s he managed a teen choir, the “Generations”. He loved to work and was known for being able to take left over scraps and create lucrative items.
He finally retired in 2014 at the age of 74 from doing sub-contract work for Mid Atlantic Specialties of Raleigh, for whom he installed window treatments and acoustical wall panels all over the Triangle and surrounding states. He never met a stranger and always had a joke or “smart remark” for everyone.
Ed is survived by his wife, Ruth Haithcock Davis Hudson of Henderson; his son, David Hudson (Kristen) of Raleigh, NC; daughters, Heather Tunstall (Mike) of Mebane and Jessie H. Jones (Mike) of Durham, NC; stepson, C.W. Davis (Donna)of Henderson, NC; stepdaughters, Angie Smith of Henderson, NC, and Teresa Branch (Dale) of Kernersville, NC; grandchildren, Brandon and Amber Allen, Kayla and Julie McMann, Levi Jones, Lana and Natalie Hudson, Michael Carroll, Scott and Chelsey Smith, Kaylee Davis and Amanda Pegram (Chris); four great-grandchildren; sisters, Phyllis Matthews (Roger), Jymie Ragan (Donald), Melissa Gilbert (Freddy); and brother, Jay Weaver (Lisa) of Durham, NC; he is also survived by many cousins, nieces, nephews, and friends.
A celebration of life will be held on Thursday, November 21, 2019 at 7:00 p.m. at Hudson Funeral Home Chapel. A visitation will be held two hours prior to service from 5:00 to 7:00 p.m. at Hudson Funeral Home. Officiating will be Rev. Jim Turnbough. Pallbearers will be Russell Allen, Vernon Mustian, John McGuiness, Marcus Hesse, Nathan Chavis, and Tommy Hudson. Burial will be held at the Haithcock Family cemetery in Liberia, NC, on Friday, November 22, 2019 at 11:00 a.m.
Flowers are acceptable or donations can be made to the Durham Rescue Mission at PO Box 11368 Durham, NC 27703, or to the Ronald McDonald House of Durham at www.rmhdurhamwake.org/. Online condolences can be made at www.hudsonfuneralhome.com.

To order memorial trees or send flowers to the family in memory of Edwin Hughes (Ed) Hudson, Jr., please visit our flower store.