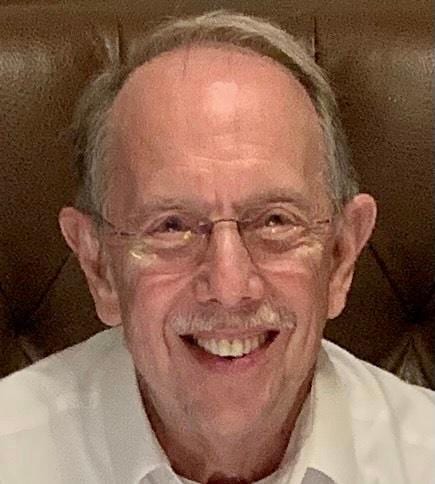 Robert lived life to the fullest and was often described as behaving like a “hummingbird.” From a young age, Robert perfected a new hobby every few months. He was a Boy Scout; enjoyed movies at the Carolina Theater; worked as a lifeguard in the summers; played the trumpet in the Durham High School Band.

During college, he met Deborah in the production of Tartuffe, where they were the Director’s favorite couple. He was lucky enough to marry Deborah in 1970. Robert attended UNC-Chapel Hill. He was also a member of the gymnastics team, and an avid fan of the lasagna at the Rathskeller. Robert graduated from the New England College of Optometry in Boston. In 1974 Robert and Deborah returned to Durham.

Continuing the family tradition, he became the third generation of Rosensteins to practice Optometry in Durham. A devoted Optometrist, Robert served as a member of the North Carolina State Board of Examiners in Optometry for 20 years, the Council of Optometric Practitioner Education, and was a Fellow of the American Academy of Optometry. He received the John D. Constabile Distinguished Service Award and the John D. Robinson award for Clinical Excellence. Robert was delighted to pass the family tradition to his son, Aaron, who continues the 113 year old family practice to this day.

Robert logged 50 years of volunteer service at the local YMCA and the Blue Ridge Leaders’ School in Black Mountain NC. He was a lifelong member of Beth El Synagogue where he was active in the Chevra Kaddisha and occasionally enjoyed the honor of Hagba (lifting the Torah). He was also President of the NC State Association of B’Nai Brith. Most Saturdays after services he could be found at the luncheon sipping a scotch with friends. Robert loved the Durham community and was proud to see it flourish.

Robert became an avid skier. He revelled in watching his children grow to love the sport and was excited and proud to take his grandchildren down the slopes. He also loved golfing with his friends, but only when Deborah insisted that he not keep score. He savored all his trips with friends and family, and hiking the Grand Canyon from rim to rim and back was one of his most cherished accomplishments. As an early adopter of technology, he was often tinkering with the latest gadgets.

Robert consistently worked out so that he could offset his love of ice cream, popcorn, and potato chips. His martinis are legendary, one was never enough and three was too many.

Robert retired in 2017 after 43 years and he and Deborah began traveling the world. They made it to all seven continents; Antarctica and the Galápagos were his favorites. Robert became an amateur photographer and obsessively took, edited, and shared what seems like millions of pictures with everyone who asked about his travels.

To his friends and family “Rosie” was a legend. He made people laugh, was devoted to his faith and community, patients and staff, and he wholeheartedly loved his family.

A private graveside service will be held at Maplewood Cemetery. Officiating will be Rabbi Daniel Greyber. In lieu of flowers, memorial contributions can be made to your favorite food insecurity organization. Robert donated to this cause through the Rabbi’s Discretionary Fund at Beth El Synagogue, 1004 Watts Street, Durham, NC 27701.

To order memorial trees or send flowers to the family in memory of Dr. Robert Nathan Rosenstein, please visit our flower store.