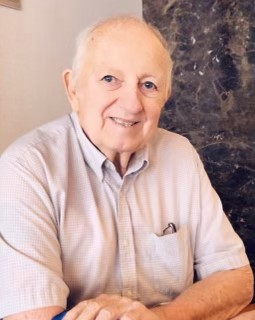 Mr. Snyder was born May 14, 1941, in Gibsonia, Pennsylvania to the late Edward and Dorothy Snyder. He was a military veteran, having  proudly served his country in the United States Army. Mr. Snyder was an avid sports fan and athlete. He played many sports while in school, the military and several local recreational leagues in the Durham area, where he lived most of his married life. His love of the beach led him to move, with his wife, to Pine Knoll Shores, NC. He also enjoyed fishing, boating and golf. He will be remembered as a loving and devoted husband, father and grandfather.

In addition to his parents, Mr. Snyder is preceded in death by both of his brothers, William E. Snyder and Edward C. Snyder.

A memorial service will be planned at a later date.

In lieu of flowers, memorial contributions can be directed to the American Heart Association, PO Box 840692, Dallas, TX 75284-0692 in Chuck’s name to honor his grandson, Nathaniel.

To plant a tree in memory of Charles L. "Chuck" Snyder, please visit our Tribute Store.

To order memorial trees or send flowers to the family in memory of Charles L. “Chuck” Snyder, please visit our flower store.