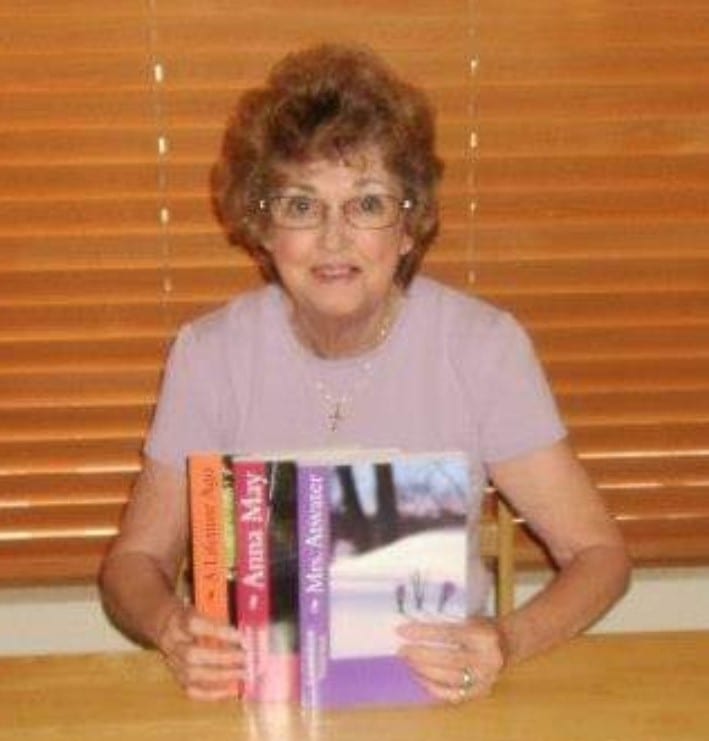 Mrs. Westerman retired from TRW after being a Secretary for a Defense Contractor.  She moved to Butner in 2016 from Uma, Arizona where she routinely volunteered at Amberly’s Place and other donation facilities. Upon moving to Butner, she began attending Bible Baptist Church where she met many new friends.

Carmel was an accomplished author who wrote several historical nonfiction books and was known for her Haiku Poetry of which were published.  Mrs. Westerman had a wide variety of interests from using her mind doing mahjong with her Mahjong Ladies Group, or creativity in quilting and drawing or enjoying the outdoors fishing. She was an avid gardener. Carmel also had an interest in Antiquing at one point she even had a spot at the mall.  Mrs. Westerman was a very social woman who never met a stranger, was willing to help anyone and enjoyed being with her family and friends.  She will be remembered as a sweet, smart and selfless woman who was a wonderful wife, mother, grandmother, sister and friend who will be so very missed by the many lives she touched.

To order memorial trees or send flowers to the family in memory of Carmel Westerman, please visit our flower store.