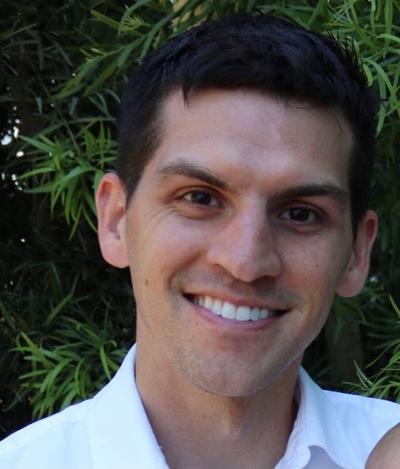 Bryan Michael Rogers was an adoring father, devoted husband, loyal son, and tenacious thinker. He died unexpectedly yet peacefully in his sleep on November 1, 2021 at the age of 35 years.

Bryan was born to Elaine and Bill Rogers on September 8, 1986. Just two years later, he got the gift of a lifetime in a younger brother, Nickolas. As children, the two were inseparable balls of whizzing energy. As they matured into young men, they remained best friends. In high school, Bryan’s fortunes flourished when he met Danielle Neal. The two quickly became soulmates. In 2014, they married in an intimate wedding in historic Charleston, replete with a post-ceremony carriage ride. (Later that year, the couple hilariously reimagined the moment by riding a golf cart into a larger reception for family in upstate New York.) In 2019, their love multiplied with the birth of their bubbly red-headed baby, Wyatt. On the journey to fatherhood, Bryan became excited with each milestone, from collecting picture books to the final car seat safety check. With Wyatt’s arrival, Bryan found an eager audience for the countless bits of trivia he’d been collecting for years.

Bryan had an insatiable curiosity. He was interested in all things historical, from classical architecture to Baroque guitar. Inspired by his late grandmother Theresa DiCiaccio, with whom he shared a special bond, Bryan began charting his family’s Italian heritage. He eventually became a dual citizen of the US and Italy. From Bryan’s study of the ancient arose a desire to see archaic and oppressive norms give way to greater equity, freedom, and love. Along with Danielle, he travelled the world, learning about different places and their stories and cultivating deep senses of compassion and humanism. It was the couple’s mission to pass these values onto Wyatt through travel, music, and even by enrolling the youngster in Spanish-immersion daycare.

Professionally, Bryan worked as a biochemist, researching tumor immunology. In June 2021, he was the lead author of a report on antibody-based therapeutics that was published in the Journal of Experimental Medicine. Months later, in September 2021, Bryan began his PhD studies at the University of North Carolina Chapel Hill. While fate had other plans, those who knew Bryan have no doubt that the future Dr. Rogers would have changed the face of cancer treatment for generations.

In lieu of flowers, please donate to a fund for funeral expenses and Wyatt’s future (visit GoFundMe.com and search “Bryan Rogers Memorial Fund”).

For loved ones unable to attend in-person, Bryan’s family invites you to enjoy an espresso or a cup of green tea in his honor and think fondly on the memories you’ve shared.

There is a GoFundMe memorial fund set-up for funeral assistance and for Wyatt’s future.

http://www.gofundme.com/bryan-rogers-memorial-fund
To order memorial trees or send flowers to the family in memory of Bryan Michael Rogers, please visit our flower store.