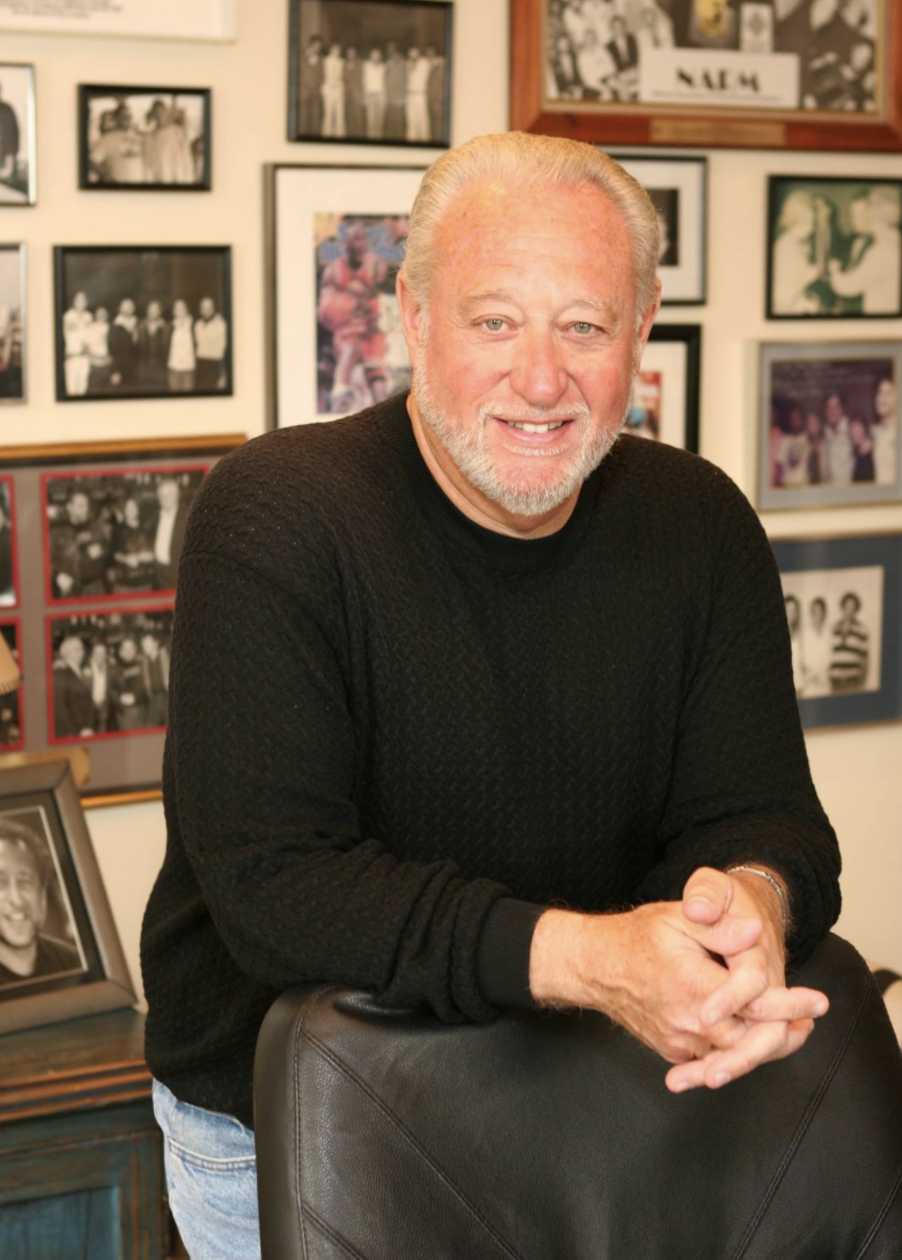 During his life, Barrie enjoyed success as a business entrepreneur, author, lecturer and loving husband, father and grandfather.

Barrie was born July 7, 1942, in Durham, North Carolina and was the son of the late Harry and Bertha Bergman, founders of the original Record Bar, a retail record store in Durham.  After graduating from Durham High School and attending Duke University, Barrie joined his parents in the record business and married his high school sweetheart, the late Arlene Macklin Bergman.  Together, Barrie and Arlene opened and managed Record Bar’s second store in Chapel Hill.

Music was always a passion and way of life for Barrie. Through Barrie’s charismatic leadership, Record Bar grew to the second largest national chain with over 180 stores in 30 states.  In October 1989, the company was sold to a European video distribution company.  At age 47, Barrie soon found a new challenge and, together with a business partner, he purchased Bare Escentuals, a bankrupt 4-store cosmetic retail business.  Twenty-four stores later and a constant presence on QVC, Bare Escentuals was sold and was Barrie’s second successful business venture.

After his business successes, Barrie became a sought after consultant, adviser and lecturer.  He willingly shared his knowledge, experience, insights into human nature and the importance of ethical business behavior.  Barrie’s principles can be best summarized in the title of his book “Nice Guys Finish First: How to Succeed in Business and Life”.

Barrie was nationally recognized for his business talent and principles.  Among other awards, he was honored by the United Jewish Association as a recipient of the Human Relations Award.  He was also recognized within the music industry as Music Retailer of the Year and Music Personality of the Year by Music Retailer magazine.  In 1975 Barrie was named merchant of the year by the National Association of Record Manufacturers and in 1979 was elected as the Association’s youngest president.  Recently, Barrie served as a trustee of the University of California Santa Barbara Foundation and as a member of the board of directors of the Santa Barbara Bowl, the town’s premier music venue.

Following Arlene’s death Barrie was fortunate to find love again and married Marjorie Allen Reese.  Barrie’s life was once again filled with joy as he and Marjorie continued to reside together in Santa Barbara and treasure life with each other, their families, and their many friends.

Barrie was a loving and devoted husband, father, grandfather and friend.  He is survived by his wife, Marjorie; two daughters, Janis Bergman Tillman and husband, Jeff, of Chapel Hill, and Kimberly Bergman Kuepferle and husband, Steve, of Hillsborough; two grandchildren,  Jacob and Julia Tillman; his sister Lane Bergman Golden of Chapel Hill and nieces Page  Coleman and Cameron Golden.

A private family graveside service and burial will be held on Friday in the Durham Hebrew Cemetery, in Durham.

To order memorial trees or send flowers to the family in memory of Barrie Bergman, please visit our flower store.